"I lied and everything, but it sounded true at least." - Selina

The mood in the VP's office is unusually chipper. As a result of her apology to the nation on First Response with Janet Ryland, she's been dubbed the "No BS VP." Despite her newfound success, Amy and Dan beg off joining her at that morning's donor brunch, under the pretense of not raising alarm bells about her possibly running for president in six years.

Selina goes to Ben, who's watching news coverage about a whistleblower in the State Department and a challenger from within the party. Selina questions why POTUS won't just apologize like she did - and Ben tells her that as a result of her apology, the House Judiciary committee is "subpoenaing them senseless." He wants her to quit being proactive. "What are you going to do for an encore? Blow the opening day pitch out of your ass?"

En route to the donor brunch, Selina turns to speak with Mike in the hotel corridor and walks through a glass door. Seeing the bloody cuts all over her face, neck, and hands, Gary gives her St. John's Wort for pain, which he assures her is fine since it's "from the Earth."

Danny Chung gives a speech at the Veterans Memorial Hall, where Amy and Dan are both in attendance. They both run out, hoping not to be spotted by the other, but wind up face to face anyway. While sorting out whether they should jump ship and work for Chung together, a la Butch and Sundance, ("Didn't they both die?" Amy asks), Dan gets a call from Sue about the door incident. "That woman has become a living metaphor of her own career."

"I guess we follow the trail of her blood and Gary's tears." - Dan

Dan and Amy bump into Selina's doctor in the hotel lobby, who reveals he didn't give her painkillers because she's already on St. John's Wort. Amy masks her distress when she learns that anti-depressants also mix poorly. Up in a hotel room with Gary, Selina is already quite high. She asks about his family and learns that his parents are about to celebrate their fortieth anniversary. Selina begs to be invited to their party, which thrills Gary.

"You know that they call me Jonad? That's tantamount to calling the president Jonad." - Jonah

Ben's also learned of the incident, and goes to Sue demanding to know why Selina was at the hotel in the first place. Sue evades him at first, claiming Selina was at a meet and greet with the American Teachers Association. He asks her to tell him what Selina "wasn't" doing instead. "The vice president was NOT at a brunch with campaign donors." Ben is furious; he orders Jonah to get over to the Veep's hotel. "Cut your face off and give it to the VP if you have to - just get her to talk to the press and say she is NOT the challenger!"

"You didn't happen to notice that the Veep is tripping balls?" - Dan

Jonah arrives to "commandeer the situation" and get the Veep to give a statement. Amy gives him a rundown: "She just walked through a glass door, which is somewhat ironic building up to an invisible primary and she's temporarily insane on a cocktail of happy pills. Over to you, captain." After temporarily breaking Jonah's brain with the news, the staff decides to wait it out. When Selina wakes from a three hour nap, she decides to give a statement to the press. When a reporter asks if she's still be participating in tomorrow's 10k Fun Run, she tells him, "I fully intend to run," a statement Ben feels is a wire brush to his hemorrhoids.

"There are going to be difficult choices to make. Like 'Sophie's Choice' choices, except more important, because it's going to be about me." - Selina

At the White House, Ben learns the Judiciary Committee is discussing an impeachment vote. "Burn everything incriminating, including this building. Burn all the White House pets, and then yourselves. Burn yourselves first." He and Kent give Jonah conflicting orders to bring to the Veep. Kent doesn't want her responding to any questions about the impeachment vote; Ben wants her to say she stands behind POTUS. Jonah is forced to make a decision on what to tell her, but Kent isn't too confident in the results: "He's an idiot. I'm surprised he gets to work without being hit by a car or punched in the mouth."

As Selina approaches the finish line, she speeds up to avoid being beaten by a guy in a banana costume, and no one is able to reach her with a statement about the impeachment vote for the waiting press. After dealing with the reporters, she tells Amy she's done with the vice presidency, knowing POTUS will throw her under the bus. She decides she won't run with him again in two years. Instead, she'll come back in six and "save the party from itself." 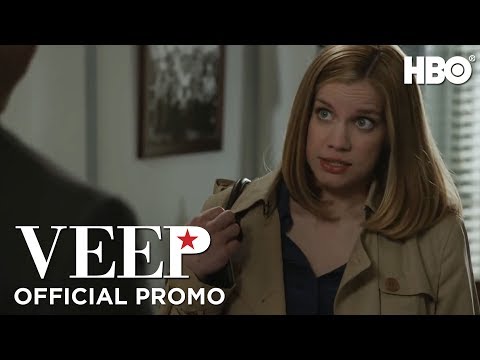