Hades is overjoyed to be back in the land of the living. He kills an unsuspecting King Arthur as part of his plan to take over all of Storybrooke. When Arthur reaches the Underworld, Hook recruits him to go on a quest to defeat Hades by finding the storybook pages that reveal his weakness. Once the pages are recovered, Hook and Arthur approach Cruella to get a message to Emma. That can only happen if they get the storybook which is in the River of Souls.

Back in Storybrooke, the heroes happily reunite with Snow White--all except Hook. Zelena refuses to believe that Hades can't be trusted. She tells him that the heroes are coming for him. Hades reveals that he has the Olympian Crystal. He's waited a long time to use it. The heroes use an underground tunnel to circumvent Zelena's protection spell. Emma is ordered to stay behind. She's not thinking clearly. She hasn't had time to grieve for Hook.

Regina and Robin make their way through the secret tunnel. There are few unsettling moments along the way, but the two of them are in this rescue mission together. In the Underworld, after battling several demons, Hook and Arthur are able to recover the storybook. The missing pages are put back in place. A distraught Emma sees the result of this in Storybrooke. Hook's message to his true love has been received.

Emma makes her way to Hades where she tries to break the protection spell. Zelena confronts her. She realizes that Emma wants to kill Hades, who has his sights set on ending Regina inside. Robin steps in front of the power of the Olympian Crystal. He sacrifices his life to save Regina.

Zelena enters the scene. She begins to see Hades's true colors. A struggle has Zelena ending up with the Olympian Crystal. Hades wants her to kill her sister. Instead, Zelena stabs Hades with the crystal turning him to dust. The sobbing sisters hug as they hold each other close over Robin's lifeless body.

With Hades gone, Hook no longer has any unfinished business. He can now cross over. Arthur politely declines an offer to join him. He plans to repair a new kingdom--the Underworld. The two men shake hands. Hook crosses into the light where he meets Zeus, who has come to escort him onward. It's time to take him where he belongs.

Emma says goodbye to Hook at his headstone. She misses him dearly. Another farewell is also taking place. Flower-filled arrows are placed atop the coffin which holds the body of the legendary Robin Hood. Zelena tells Regina that there's only one name that's fitting for his daughter. She will be known as Robin, too.

Emma stays behind to say a private goodbye to Robin Hood. FLASH! Emma is stunned when Hook suddenly appears. He tries to explain how Zeus must have sent him back as a reward for helping in the defeat of Hades. Hook and Emma kiss, both overjoyed at being reunited. Elsewhere, Rumple steps over the pile of dust that used to be Hades. He finds a piece of the Olympian Crystal. Rumple holds it in his hand vowing aloud that Storybrooke is his kingdom. 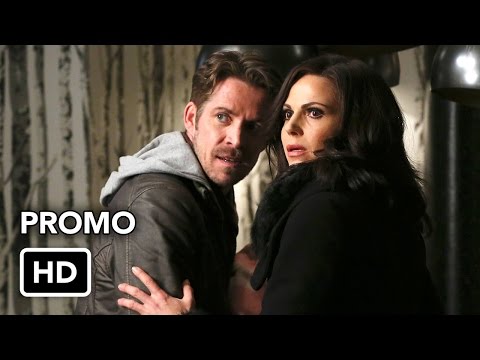