The heroes rush a wounded Red/Ruby back to a safe place wondering what she's doing in the Underworld. In Oz past, Ruby and Mulan encounter Dorothy and Toto. The Wicked Witch is also there. Zelena wants Dorothy's silver slippers so she can get back to her baby. If she doesn't turn them over, Toto will suffer. Dorothy later tells Ruby that her Aunt Em is the one who gave her Toto. The two off them bond over tales of each other's past. They even come up with nicknames for each other--Wolfie and Kansas.

As Zelena approaches, Ruby asks Dorothy to trust her so they can escape. She turns into a wolf and they manage to get away. Ruby later admits to Mulan that she's been looking for someone like Dorothy. She fears her wolf transformation may have freaked her out though. Ruby is upset when she realizes Dorothy has left without saying anything.

In the present day, after Zelena learns that Ruby has come to the Underworld, she fears the heroes will keep her from her daughter once they find out the horrible thing she did to Dorothy. Hades promises to take care of all this. Elsewhere, Ruby lets the heroes know that Zelena did, indeed, do something to her friend, Dorothy. She cast a sleeping curse upon her that can only be undone by true love's kiss.

Hades has ordered all the phones in the Underworld to be dismantled. David refuses to make a deal with Cruella to make one last call. Emma thinks it's time for her parents to go home. Neal needs them. They can use the slippers after they help Ruby in Oz. The thing is that only David can leave because Hades has put Snow White's name on a headstone, therefore she must stay.

Regina convinces Zelena to give her the silver slippers. Now the search is on to find Dorothy's deceased Aunt Em, who runs a diner. Emma gives her a bottle so she can blow true love's kiss into it. Once Aunt Em takes hold of it, tragedy strikes and she disappears into a puddle. It's all Hades' doing. It serves as a warning to the citizens of the Underworld to not help the heroes.

Snow White has a heart-to-heart chat with Ruby about her feelings for Dorothy. Her words hit home. Ruby is ready to go to Oz, but David won't be going with her. That's because he got Hook to carve his name on Snow White's headstone. Hades enchanted his hook. He can't erase the names on the headstones, but he can change them.

Ruby and Snow White arrive in Oz. Dorothy is still the victim of the sleeping curse. Ruby steps up to her. She kisses her. In a flash, Dorothy awakens. She admits that the reason she left before is because she couldn't bear losing her to Zelena. Ruby assures Dorothy that she'll always come back for her. A short time later, Henry reveals to the other heroes that Snow White made it back to Storybrooke safely.

Belle refuses to accept Rumple's help as she tries to figure out a way to save their unborn child. She asks Zelena for help with Hades, who could speed up her pregnancy if he felt like it. A sleeping curse can protect her and the child. Belle wants Rumple to destroy the contract with Hades. Then he's to find her father so that he can awaken her with true love's kiss. Belle then pricks her finger. A distraught Rumple holds her in his arms as she promptly falls asleep. 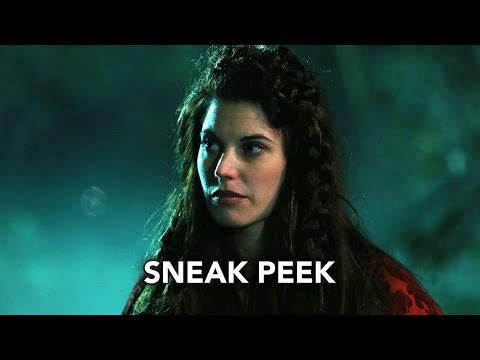 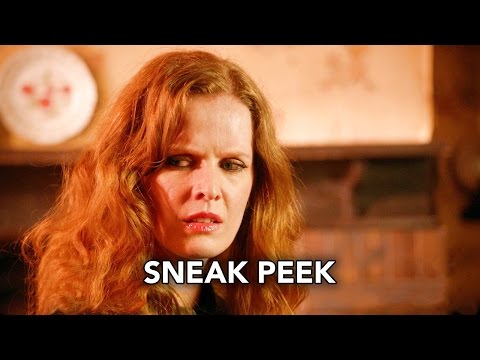