Many years ago, in the Land of Oz, Zelena looks for a time travel spell. She's interrupted by Dorothy, who escapes with the Scarecrow before the Wicked Witch can literally pick his brain. A short time later, Hades appears. He wants to help Zelena defeat Dorothy. He will lead her to the Scarecrow in exchange for a way to unseat his brother, Zeus, as ruler of Olympus.

Hades gets emotional just before he teaches Zelena how to ride a bike. The two of them share a moment after a mild fall. Zelena enchants the bike so it can lead them to Dorothy. Hades watches from afar as Zelena takes the Scarecrow's brain. Dorothy watches helplessly. Later, Hades declares his love for Zelena. He wants to kiss her. Zelena thinks it's all a trick to complete the spell. Hades assures her that she'll regret this.

In the present day, Gold works to create a portal for Hades. It is to be directed at Storybrooke, where Zelena has returned to claim her baby. Belle grabs the child. The two of them are sucked into the portal. Zelena jumps in after them. All three are now in the Underworld. Belle heads off with the baby leaving an injured Zelena behind. The wicked one eventually makes her way to the heroes. She tells Robin that their baby is in danger.

Belle meets up with Rumple, who explains that Hades wants the baby. He also talks about the deal he made to give up his second-born child. With this news, Belle learns that she's pregnant and that her husband is the Dark One again.

Robin Hood, Zelena and Regina head off to find the baby, who is safe with Belle. Robin allows Zelena to feed the baby. That was a mistake. Zelena runs off with the child. She cries when she realizes her magic hurt the baby. She lets the heroes know that Hades needs the child for a time travel spell. He once had love in his heart but it's gone because of her. Zelena turns over the baby. She knows the heroes can protect her better than she can.

Mary Margaret and David learn they can communicate with baby Neal via a haunting. They can do this through a phone booth. In other news, Henry has been writing stories that he doesn't remember penning. One of them is about baby Neal, who heard the voices of his parents as if they were right there with him. The haunting worked. This inspires Mary Margaret to declare that she wants to get back home, and that means taking down Hades.

Speaking of Hades, he meets up with Zelena in the middle of the street. He assures her that he really did feel true love for her. He still does. He made the Underworld look like Storybrooke just for her. Things don't grow there. They decay. But it could be their decay. 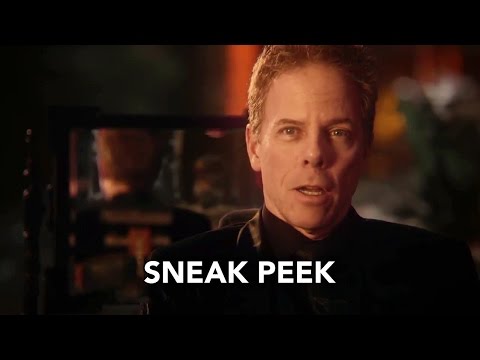