In Fairy Tale Land past, Regina does her Evil Queen thing by crushing the heart of a young man after seeing others celebrating on her land. Her overreaction and anger stems from the fact that this is the third anniversary of the death of her former love, Daniel. She visits his grave where her mother is waiting for her. Cora claims she's there to help her daughter find that special someone she's destined to be with.

Cora meets the Sheriff of Nottingham. She lets Regina know that her dream man is on his way. It's not Robin Hood though. It's Nottingham bearing a fake tattoo on his arm. Regina figures out this little ruse. It was all about Cora's desire to have her have a child. Regina believes that her mother hopes to rule via her baby once she's out of the picture. So she drinks a potion that will keep her from ever having children. Cora leaves her daughter with the thought that the only person standing in the way of her happiness is herself.

In the present day, Regina and Robin struggle with the bombshell news that Zelena is pregnant. The entire group heads back to Storybrooke. When they arrive, Maleficent is finally reunited with her daughter. Lily wants revenge on Snow White and Prince Charming. She believes her mother is a pushover for not wanting the same. Maleficent is crushed when Lily says she's leaving Storybrooke. She turns to Mary Margaret and David for help.

Gold's condition worsens. His heart is almost completely black. He needs to find a way to get the Author his ink. That'll be hard to do after Regina steals him and his pen away. Isaac says the picture Regina has is from some experimental work he did. It suggests something is looking out for her. Regina approaches Lily. The two of them have a contentious conversation. It ends when Regina cuts Lily's hand. She steals some of her blood for the Author's ink. Regina uses magic to disappear leaving behind an angry Lily, who suddenly has glowing eyes.

Maleficent sees that Lily has become a dragon. She chases her into an open field. Mary Margaret follows. Dragon Lily freaks out as they approach. With a swing of her tail, she whacks Mary Margaret into a rock knocking her unconscious. David nurses his wife as best he can. Emma arrives to heal her wound. She also forgives her mom and dad for their past actions after having a heart-to-heart with Hook.

Dragon Lily morphs back into her human form. Maleficent gives her the gift she wanted to give her so many years ago. Lily doesn't believe the two of them can ever have a relationship. The darkness that was put inside her is serious business. Maleficent doesn't mind a little darkness. She convinces Lily to stick around for a week. They can bond. Mom can teach daughter some true dragon etiquette.

Zelena is locked up, but she doesn't fear for her safety. She knows that Robin Hood would be crushed if Regina ever killed the mother of his child. Zelena gets a little worried when she learns that Isaac now has some ink. She wonders what kind of ending is in store for her now. Regina explains that the Author is going to write Zelena out of the story forever. It'll be as if she never existed. An angry Zelena declares that Regina is just like her mother. Her words hit home. Regina abandons her plan. She's finally at peace with her place in the world.

Isaac can't believe that Regina no longer wants him to write anything, so he jots down his own thoughts. Moments later, he's gone in a puff of smoke. Regina sees by the words he's left behind that he's off to see Gold. Isaac the Author begins writing in a book titled "Heroes and Villains." Gold says, "It's time villains finally win." The author pens his first words. They read: "Once upon a time..." 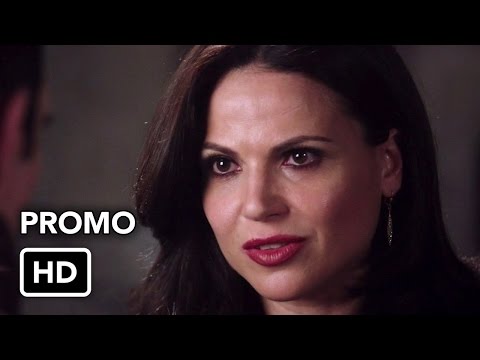