In Fairy Tale Land past, Snow White and Prince Charming touch a unicorn's horn so they can get a glimpse of their child's future. He's sees nothing but good, but she envisions evil for Emma. A peddler tells Snow and Charming that Maleficent turned herself into a dragon and laid an egg. He recommends they go east to the Infinite Forest. A kind old man, the sorcerer's apprentice, invites the Charmings inside his cottage.

The old man says there's a way to banish the darkness from Snow White and Prince Charming's child. They must find another vessel to absorb the darkness. Snow believes Maleficent's dragon offspring is the logical choice. They find the egg in a nest of coils. They also find Maleficent protecting her child. She pleads with Mary Margaret to leave the egg, but to no avail.

The old man says the dragon will serve as a perfect vessel. He casts the spell. Unbeknownst to Snow and Charming, it involves sending the egg to another realm. Horror strikes when they realize there's a baby inside. Cruella and Ursula arrive as the portal opens. They are accidentally sucked inside along with the egg. Emma will now be pure. Snow and Charming take little solace in this as they cannot keep their promise to return Maleficent's baby.

In present day Storybrooke, Regina meets with Gold and the Queens of Darkness. A plan to keep everyone guessing with a photograph of the storybook page showing the door backfires. Gold realizes the Author is trapped behind the illustration. Maleficent casts a sleeping spell on the town. It knocks out Emma as she was assuring Hook that she has no romantic feelings for August. Maleficent promises to get the author and the storybook page if Gold uncovers the truth about her child's fate.

Mary Margaret, Prince Charming and Henry are all immune to the sleeping spell. One of them has the storybook. Regina is off to find Henry. Gold orders Maleficent and Cruella to follow her. Mary Margaret and David also want to find Henry. They plan to destroy the page. This would assure that Emma wouldn't go dark, but it would also trap the author in the storybook forever. Regina's happy ending would also be in jeopardy.

Henry finds a key in the sorcerer's mansion just before Regina arrives. Cruella and Maleficent are right behind her. Henry has no choice but to turn over the page. Fortunately, it's a forgery that Emma had whipped up earlier. David won't let Henry use the key to free the author. Elsewhere, Mr. Gold finds a sleeping Belle in his shop. He vows to come back for her if he can. He also realizes the storybook page is a fake. Gold has Maleficent knock out Regina with a sleeping spell.

Once Henry is gone, David prepares to destroy the storybook page. Mary Margaret has second thoughts. She wants to tell Emma the truth because heroes do what's right, not what's easy. It's a difficult conversation. When Mary Margaret tries to stop her daughter by declaring she's her mother, a shaken Emma responds by saying she doesn't care. The echoes the sentiment Snow White received in her vision of darkness back in Fairy Tale Land.

In Fairy Tale Land past, Snow and Charming struggle with what they've done regarding Maleficent's child. They don't believe that they are heroes anymore. They need to be the best people they can be if there's any chance of redemption. The unicorns that adorns baby Emma's mobile serve as a reminder of how easy it is to lose one's way.Maleficent convinces Gold to show her the fate of her child. She was adopted in this world. The name she was given is Lily. This happens to be the name of Emma's best friend from her youth, the girl who was first seen in "Breaking Glass."

Once August awakens, he reveals that there is more than one author out there. There have been many authors throughout history, but this particular one opted to manipulate events instead of simply record them. That's why the sorcerer and his apprentice trapped him behind that door. Even with all this knowledge, Emma frees the author from the page. He's the peddler that Snow White and Prince Charming met back in Fairy Tale Land. He flees before anyone can ask him anything. 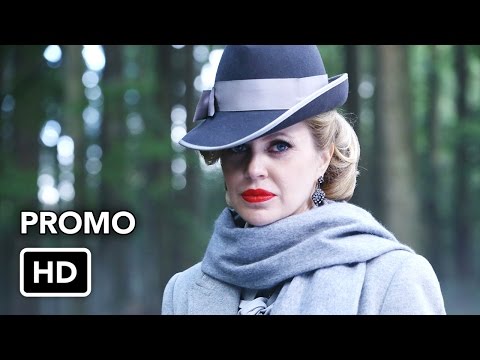