Regina approaches the Queens of Darkness at Granny's. She's looking to pick a fight with Maleficent, who instead invites her to sit down for a drink. A short time later, Regina is taken a road trip where her evilness is tested at the local train tracks. Cruella believes the Evil Queen has gone soft. Regina, however, claims she simply wants to get into some real trouble. It's all part of her undercover mission.

Emma worries when Regina doesn't check in. Mary Margaret and David eventually meet up with her. Regina believes the Queens of Darkness are hiding something. They just need to be patient until Maleficent comes to her with her secret. As for the Queens, they meet up with the Dark One, who believes Regina's heartbreak could be beneficial to them.

Maleficent reveals that she is also after the Author. The idea is make it so villains always win and heroes always lose. Emma insists on having Regina's back for whatever job it is Maleficent has planned for her. As it turns out, the object of the mission is Pinocchio. Maleficent wants Regina to kidnap him.

Regina uses magic to knock out Marco and Pinocchio. Emma barges in to see them sprawled on the floor. She reluctantly allows Regina to continue with her plan. Maleficent is pleased when she finally gets Pinocchio in her clutches. The plan is coming together.

In Fairy Tale Land past, Rumplestiltskin approaches an angry Regina, who reads about Maleficent's ability to turn into a fire-breathing dragon. She's off to meet with her in a wasteland. At the castle, Regina is asked to show what magic she's learned by lighting a fireplace. A disheveled Maleficent appears before her. She's still reeling from being defeated by true love's kiss. She angrily dismisses Regina from her presence.

Regina learns that Briar Rose's daughter, Aurora, is slated to marry the prince. She and Maleficent bond over the fact that they've both had someone taken from them. Regina is shocked to learn that Maleficent can't turn into a dragon anymore. She offers to help her get her fire back. A short time later, Maleficent, dressed in her normal evil attire, approaches the one remaining tree that's still burning from her past wrath. She performs an exercise will hopefully prove to be just what the dragon ordered.

Regina encourages Maleficent to reduce the soldiers who approach to ashes. That doesn't happen. The two ladies are taken captive. Regina breaks free from her restraints, but she can't defeat all the soldiers on her own. She needs a little help from a dragon. Maleficent is finally able to oblige.

Maleficent approaches Aurora to make her parents suffer. Thanks to a prick on the finger, a beauty is put to sleep. Later, Regina lets Rumplestiltskin know that she would rather stick with him as a teacher. They both agree that the worst thing you can do to get revenge on someone is take away what it is that they love.

Hook interrupts Belle's dinner with Will to relay his concerns that the Queens of Darkness are after the dagger. He wants to hide it. What better person to bury a treasure where no one can find it than a pirate? Belle has reservations about handing over the dagger. She believes Rumple may be inside the town lines. Hook suggests she try to summon him. So she does. Nothing happens. That's because the Dark One is already there. He's in disguise as Hook and now in control of the dagger.

Still disguised as Hook, Rumple asks Belle about the nature of her relationship with Will Scarlett. He learns that she may never get over him. Elsewhere, Regina is finally made privy to Maleficent's dark magic secret. Mr. Gold steps out of the shadows clutching the dagger in his hand. He believes that Regina is on his evil team. She steps aside as the Dark One casts a spell to turn Pinocchio back into the man he used to be. The real boy is suddenly gone and August appears in his place. 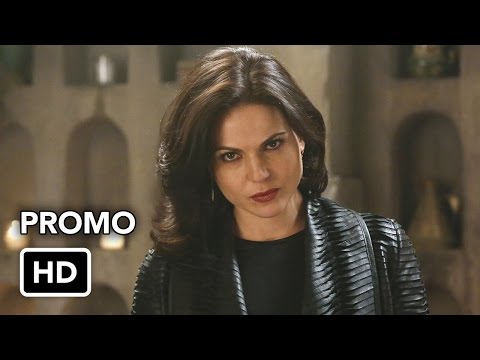