In 1982 Boston, the Snow Queen's visit to a psychic does not give her the answers she seeks. She vows to wait as long as it takes to find Emma Swan. Jumping forward to the present day, the Snow Queen is pleased to see that the Spell of Shattered Sight is in full effect. Everyone's worst self is coming out. Regina even changes back into her Evil Queen attire.

Emma and Elsa are off to face the Snow Queen. Their magic has no effect due to the ribbons they wear on their wrists. The Snow Queen promises that they will love her soon enough. It'll be for real, too. Emma has a plan to use Regina's hatred of her to ditch the ribbons. In executing their plan, they allow the Evil Queen to escape from her vault.

We jump back to 1999 Minnesota where a young Emma was living in the foster home where the Snow Queen, aka Ingrid, promises to care for her. She even gives her advice on how to deal with one of the bullies in the house. This leads to a real friendship. Ingrid lets her know that she's trying to adopt her. Emma is overjoyed until she learns that her prospective new mom believes she has special powers. She flees into the night.

The Evil Queen makes her way to the sheriff's station where she challenges Mary Margaret to a swordfight. She magically sends Anna and Kristoff away to the beach before a mighty battle takes place. In 2011 Storybrooke, Emma recognizes Ingrid immediately when she stops by her ice cream shop. She still thinks this woman is crazy. This forces Ingrid to store away her memories.

Back in the present day, Anna rushes into the Snow Queen's lair. She found a note from her mother. She reads it aloud. Elsa and Anna's mother speaks of her sister, Ingrid, and how much she loved her. It gives the location of the urn which trapped her. It calls for her release. It calls for forgiveness. The Snow Queen believes this to be lies until the memory crystal proves that everything Anna has read is true.

The Snow Queen realizes that she must reverse all that she's done. The only way to do so is to destroy herself. Magic swirls around the Snow Queen, who returns Emma and Elsa's memories to them. All she ever wanted was her sister's love. Now she has it back. Now she can join them. The Snow Queen sacrifices herself for everyone. Anna and Elsa know that they must follow through with their mother's wishes by bringing back the memories of their aunts to all of Arendelle.

Hook is immune to the curse because his heart is not in his body. He's ordered by Gold to find Henry, who escapes upon being freed from the mayor's office. There is continuous fighting in the streets of Storybrooke until the effects of the curse are finally gone. Inside the sheriff's station, Mary Margaret and Regina stop their fighting with the latter lady wondering just what she's wearing. Hysterical laughter ensues.

Emma is reunited with her family as everyone apologizes for what they did while under the curse. David and Mary Margaret share a long kiss in the middle of the street. Inside Mr. Gold's shop, Hook tells his old crocodile to leave Emma and the rest of Storybrooke be. That's not going to be a problem as long as they don't get in the way of the Dark One. 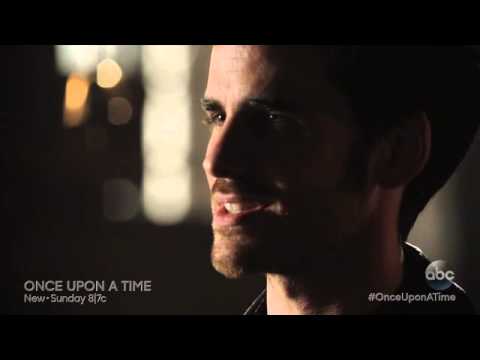 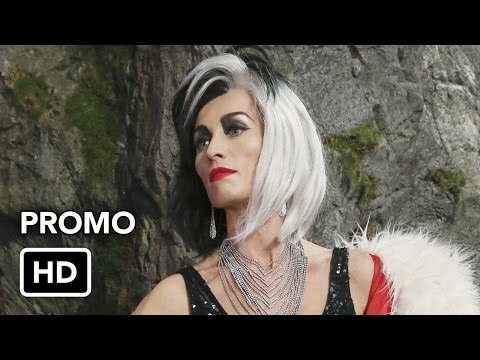