The Spell of Shattered Sight is headed for Storybrooke. It'll be there by sundown. The spell will bring out an unstoppable darkness causing everyone in town to tear each other apart. No one will be left except for the Snow Queen, Elsa and Emma. Mr. Gold will also survive. He wants the Snow Queen to spare Belle and Henry so they can all leave together. Otherwise, he'll spend his days looking for ways to rip out her heart. A deal is struck.

Emma realizes that everyone must get out of town. David tries to break through the ice wall. That's not going to happen. During the failed ice break effort, Anna's necklace is found. Elsa sees this as a sign. Anna may be the key into saving everyone from the spell. The race is on to find her. The dust in her necklace can save the town but it'll destroy the only way to find Anna. Elsa can't let that happen. She heads into the mines to find her sister. Elsa breaks her way into a beach area, but Anna is nowhere to be found.

In Arendelle past, Anna realizes that Rumplestiltskin has the urn that holds her sister. Her attempt to act on this information is nearly thwarted by Hans, but she and Kristoff manage a daring escape. They are on the hunt for something known as a Wishing Star. It's tracked to the pirate Blackbeard, who has already made a deal with Hans. Anna and Kristoff are put into a chest and tossed off the Jolly Roger into the waters below. Back at the beach, Elsa notices that the necklace has stopped glowing. She fears Anna is now truly gone.

Water slowly fills the chest that holds Anna and Kristoff captive. All hope seems lost. Back on the beach, Elsa vows to not give up. She makes a wish for Anna to be with her now. Water swirls in the ocean. A flash of light from a portal blinds Elsa and Emma. The chest that had previously been sinking in the sea suddenly washes ashore. Anna and Kristoff free themselves from inside. Elsa is overjoyed. The power of her wish has brought her sister home. Anna's necklace is the Wishing Star!

Regina takes Henry to Robin Hood's camp. She warns that all of his men need to scatter before the Spell of Shattered Sight hits. They share a kiss. Elsewhere, Gold, along with Hook as his reluctant servant, develops his exit strategy. It involves using the power of fairies to cleave himself of the dagger. First, Gold gets Belle away from the fairies. Hook traps all those who remain in the magic hat. He hides behind the counter when Emma and the others see only the remains of the havoc that has hit Granny's diner.

As the Spell of Shattered Sight gets ever closer, Regina seals Henry safely away in the mayor's office. She then locks herself in her vault much to Robin Hood's dismay. Elsewhere, Emma imprisons her parents in jail cells so they can't hurt each other. She takes baby Neal in her care. Her mother and father don't fear her magic. They know it's what will ultimately save them. Hook shows up at the sheriff's station. He had to see Emma one last time before locking himself away. The two of them share a kiss. Then they share a heartbreaking goodbye.

Everyone in Storybrooke is locked away from others. The Spell of Shattered Sight is upon them. Emma provides cover for her brother. Elsa hugs her sister as Anna stares into Kristoff's changing gaze. In their adjoining jail cells, Mary Margaret and David hold hands until the spell overtakes them. The look of love that was in their eyes just moments ago is gone. Something else has taken its place. Something dark. 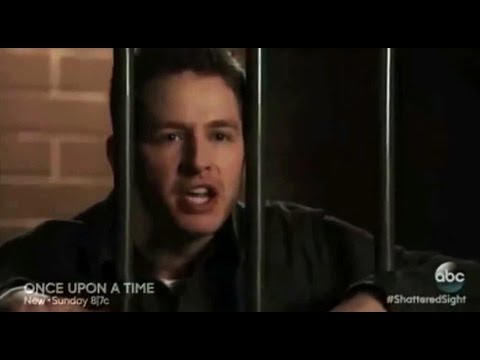 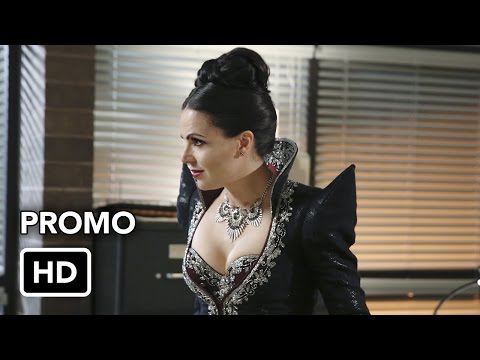