Hook takes Henry sailing for the day while Elsa and Emma search for clues about the Snow Queen. They find one. It's a picture of Emma chatting with the mysterious ice lady. Sidney took the picture, but he's MIA. That's because Regina has given her Mirror orders to find the Snow Queen. Outside Regina's place, Elsa hears a voice in the night coming from a cemetery. It sounds like Anna calling for help. Emma returns to her car to find Elsa missing.

Elsa sees Anna. She creates an ice bridge in order to cross over to an area in the woods. She's overjoyed to finally be reunited with her sister. Unfortunately, it's all an illusion created by the Snow Queen, who traps Elsa in ice chains. She needs her out of the way. She tells Elsa that she's going to build a snowman.

Regina gets the location of the Snow Queen from Sidney. She runs into Emma, who is searching for Elsa. The two of them are caught in a swirling storm on the ice bridge. Regina realizes Sidney has betrayed her. She and Emma run for their lives as the ice bridge breaks apart. They make it to safety only to find a hulking ice warrior in their path. Deeper in the woods, Elsa overcomes her fear so she can break free from her chains.

Emma and Regina battle the ice warrior. It's only through the combined use of their powers that they are able to defeat the creature. Moments later, the Snow Queen appears. She steals Regina's mirror. The Snow Queen unleashes her power on her prey. Elsa steps in to let loose a little force of her own.

The Snow Queen is impressed. Then she's gone. Regina disappears as well after letting Emma know that she'll never forgive her. As for the Snow Queen, she tells Sidney she needs the mirror for her plan. She advises him to get a warm coat. Things are about get a lot cooler in Storybrooke. Soon the Snow Queen will have what she wants: a family that loves her.

Back in Minnesota in 1998, a young Emma is almost caught shoplifting. Another girl, Lily, saves her from getting busted. The two of them go shopping and make another narrow escape in the streets from an unidentified man in a car. The two girls have a picnic. Emma reveals the she bolted from Boston because she felt like she was never going to get adopted. Lily claims that she's had a rough past as well. She wants Emma to be her roommate in a vacant summer house.

Lily has a star-like birthmark on her wrist. She uses a magic marker to give Emma one, too. They play around with a camcorder just before promising to stay friends forever. A short time later, Emma learns that Lily lied to her. The man that was chasing her earlier was her father. She has a family. Lily believes she's just like Emma even though she was adopted. She wants them to stay friends. Emma is too hurt to do this.

Mary Margaret is adamant about bringing walkie-talkies on the hike she's taking with David. She wants to keep in constant contact with a babysitting Belle. The two new parents head down to the police station where David notices that Will Scarlet is missing from his cell. Mary Margret finds Will digging. He's looking for a map. Mary Margaret realizes that David let Will out of jail as part of a plan to get her action-loving mojo back. Mission accomplished. Only David never did set Will free. Mary Margaret caught him on her own.

Elsa advises Emma to not give up on Regina. So she doesn't. Emma recalls the time when she was a kid who refused to forgive a friend who lied to her. The two of them are special. Perhaps they are even friends. Regina starts to come around. She lets Emma know that she doesn't want to kill her. It's not the warmest of sentiments, but it's a start.

Emma shows Hook the contents of a box of stuff from her childhood. There's a camcorder inside. It has the video she recorded with Lily on it. There's additional footage on it from Emma's foster home days. A familiar face steps into frame. Emma is shocked to see the lady she now knows as the Snow Queen. 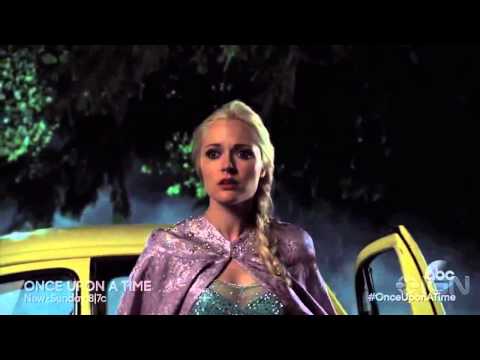 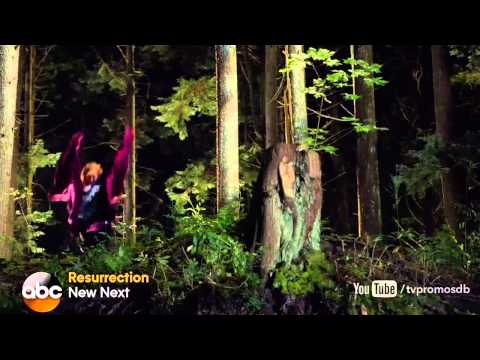