Outside a group home in Boston 18 years ago, a young Emma Swan worries she'll never have a home. In the present day, Emma is part of an ever-expanding family. She still doesn't know the name of her new baby brother. In other news, Regina share an intimate moment with Robin Hood now that she has her heart back. She never expected to have love like this. Both she and Robin feel the guilt of losing their first loves. Regina reveals that the tattoo on his arm proves that they were destined to be together.

A flip through the storybook at Granny's recalls the memories of how David and Mary Margaret got together. Hook is surprised to hear that Prince Charming almost married Princess Abigail, the daughter of King Midas. And everyone is surprised to learn that Emma is thinking of moving back to New York with Henry. But the biggest surprise of all is the sight of Zelina's time portal in the distance. It's open!

Mr. Gold keeps the fact that he has the real dagger hidden from Belle. He lies to everyone else as well when questioned about the empty jail cell that housed Zelena. Gold doctors the security video to make it appear as though the prisoner did herself in. When this occurred, the magic in her pendant had no tether. It was free to fulfill her final wish. Gold warns that a trip into the past could have catastrophic repercussions.

Hook tries to convince Emma that Storybrooke is her home. It's where her family is. Emma believes it's simply a place of fairy tales. Hook wonders if she even cares about anyone in the town. Of course she does. Their intense conversation is put on hold when they see the light of the time portal in the sky. They rush to investigate only to be pulled inside. They are brought back into the Enchanted Forest to a time when Snow White was a wanted woman and the Evil Queen ruled the land.

Hook and Emma can't interfere with anything in the past. They see Prince Charming ride up to the spot where a tree blocks his path in the road. His betrothed, Princess Abigail, remains inside the carriage. Snow White is waiting to make her move to rob the carriage. This is the scene of the first time they met. It's an event that becomes altered the moment Emma makes a noise that startles her mother. Snow White flees into the woods. Emma realizes this means her parents never got together. Not good.

Emma and Hook seek help from Rumplestiltskin. They explain they are from the future and they've changed things. Anything that was supposed to happen after Snow White and Prince Charming met has become a blank page in the storybook. They need Snow White to steal Prince Charming's ring to get their story back on track. Snow is trying to make a deal with Blackbeard to secure passage on his ship. It would be better if she "hooked" up with another captain though.

Emma is to keep Hook of the past occupied while Present/Future Hook takes his place on the Jolly Roger. Snow White is brought aboard the ship. She can have safe passage if she steals a certain ring. While the deal is being discussed, Emma is struggling to keep a tipsy Past Hook busy. This involves kissing him. Present/Future Hook isn't thrilled to see another man with Emma so he decks Past Hook with, as redundant as this sounds, a right hook. The unconscious Hook will likely blame this confusing turn of events on rum.

Rumplestiltskin provides Emma and Hook with an invitation to the ball inside King Midas's castle. He dresses them in proper party attire. Emma looks like a true princess even though her real face is disguised by a glamor spell. They introduce themselves as Prince Charles and Princess Leia. They need to blend in, so Hook does a sweet waltz with Emma while Snow White sneaks inside the castle. Prince Charming catches her trying to steal his ring. Snow smashes him in the head and makes her escape. Unfortunately, she leaves the ring behind.

Emma is off to bring the ring to Snow White. Her exit is thwarted by guards chasing her into the ballroom where she comes face-to-face with the Evil Queen. Hook keeps his distance in the background realizing this is not the time to make a play. As for Emma, she still holds the ring in her hand. Hook watches helplessly as the black knights take her away. 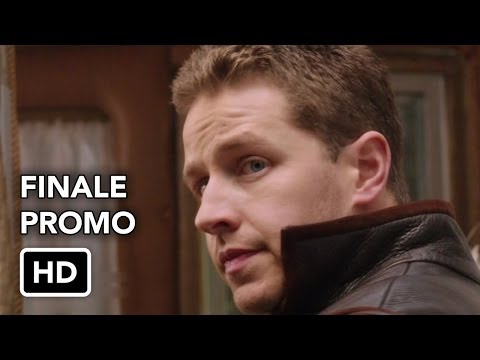