In Fairy Tale Land past, Belle reveals that the Wicked Witch controls Rumplestiltskin with the dagger. The mean green one will be coming after Snow White's baby next. Eight months later, no one has any idea how to defeat the witch. Regina suggests Rumplestiltskin can help. Robin Hood knows how to break into the castle where he's being held. This displeases Regina. She's been denying her attraction to the handsome thief. That's in Fairy Tale Land. In present day Storybrooke, she's more than happy to give him a long kiss.

Regina knows that Zelena had to give up the thing she loves most to cast the curse. She also realizes that they need to get Henry believing in magic. It could be the key to defeating the witch. They need to find the storybook. Mary Margaret finds it in a place Emma already searched. You could say she has the magic touch. Elsewhere, Zelena has Rumple kidnap Hook to warn him that he needs to take away Emma's magic with his cursed kiss. Otherwise, she'll start killing people.

Henry is tired of being kept in the dark as his mom and the others head off on another secret mission. Hook convinces him to come to the docks where he says Mr. Smee is preparing a ship to set sail to NYC. All travel plans are put on hold when flying monkeys attack from the sky. Hook is able to hold them off until help arrives. Once the threat is neutralized, Emma hands Henry the storybook. She needs him to believe in magic. Henry trusts his mom. He takes the book in his hand. His memory comes rushing back.

In Fairy Tale past, Belle tries to get through to a somewhat-manic Rumplestiltskin. They want to know how to defeat the Wicked Witch. The answer is the Good Witch of the South. Her name is Glinda. She's been banished to the Dark Forest. The search is on. A door is seen in the middle of the woods. It seemingly leads to nowhere until Snow White and Prince Charming step inside. Regina can't go with them. Her heart just isn't pure enough.

Snow and Charming meet Glinda in her frozen forest home. They need her light magic to defeat Zelena. They were friends before she gave into her dark magic, which resides inside a pendant. Only a purveyor of light magic can defeat Zelena. Emma has the power to do so. There's only one way have her to cross realms into this world. Snow believes they must enact the dark curse.

Charming knows that Snow must crush his heart for the curse to work. It's the only way. Snow White and Prince Charming declare their love for each other. Then Regina rips out his heart. Snow White crushes it. Charming collapses. Zelena enacts a forgetting potion to foil their plan. It causes everyone to lose their memories in the new land. This explains what happened to everyone in Storybrooke when they couldn't remember the past year.

In present day Storybrooke, Regina tells Emma to break the curse. She's about to do so when Zelena appears. She knocks Regina unconscious and has Henry in her clutches. She's choking the life out of him. Emma summons up all her magic to get back her son. Zelana vows this isn't over before disappearing. Henry is safe, but Regina is down. She recovers just as everyone gets their memory of the past year back. Mary Margaret and David let Emma know that they cursed themselves to get to her. For only her light magic can defeat Zelena.

Emma wonders how her parents can both be there with her if David's heart was crushed. We jump back to Fairy Tale Land past for the answer. Snow realizes that she and Charming have always been of one heart. She orders Regina to split her own heart in half. She believes it will be strong enough for both of them. She's right. Regina rips out Snow White's heart. She breaks it in half. She places it inside Snow and Charming. Both are alive. That's the good news. The bad news is the witch is still out there.

Regina is overjoyed to have Henry back. She reluctantly admits that she's seeing Robin Hood. This is incredibly cool to Henry. Hook lets Emma know that his lips are cursed. He's stunned to learn that David and Mary Margaret weren't the ones who sent him the message with the memory potion last year. That came courtesy of Neal, who was able to pull himself out of Rumple's body long enough to do one more selfless act. He sent the message. He brought back Emma's memory. Henry lets Emma know Operation Cobra is back on. Was it ever off? Our heroes will have to delay their next move though, as Mary Margaret just went into labor. 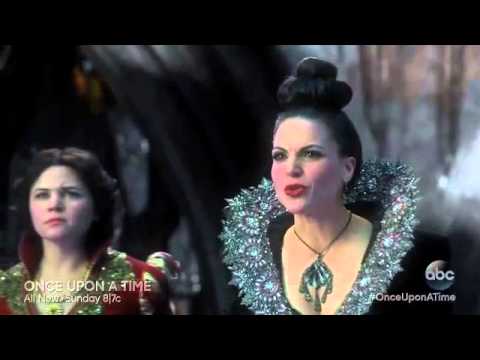 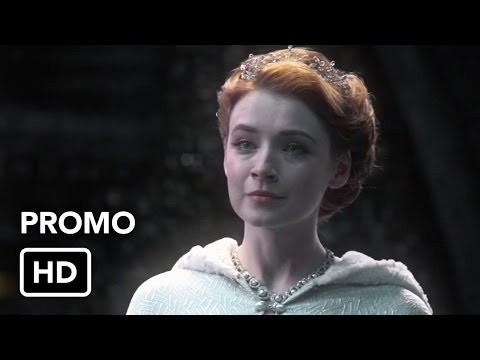