While taunting Regina, Zelena angrily tells her that she has no idea what really happened when their mother gave her away. She's visiting her in her home to make sure she isn't someplace else. Zelena plans to take what she needs from Regina. Actually, the Dark One will reluctantly do it for her.

Robin Hood and his merry men are standing guard over Regina's heart. They have no choice but to turn it over when Robin's son's life is threatened. Regina realizes that Zelena has dastardly plans in mind. She doesn't know what they are. The only thing she does know is that she's going to stop her.

Regina enlists Belle for help even though these two have had an adversarial past. The plan is to use the two-sided candle Snow White used to kill her mother to gain insight into how she lived. We jump back to see a young Cora working as a barmaid in a tavern. This is where she met Prince Jonathan. He asks Cora to marry him with a ring made of straw. He promises to return in two weeks with a band of gold. They'll meet at the crossroads at that time. In the meantime, Cora will keep him company in his room.

In present day Storybrooke, Regina gathers the others to let them know that they need to talk to her mother. To talk to the dead, both the murder weapon and the murderer, Mary Margaret, need to be present. The others need to focus on Cora, who doesn't come through the portal that opens. She wants to keep whatever secrets she had buried. Jumping back to the past, we learn that the man Cora thought was a prince is actually a gardener. She's with child and abandoned. Thankfully, Prince Leopold is there to help her.

Cora and Prince Leopold hit it off immediately. They make plans to get married. The gardener who impregnated Cora blackmails her to keep her secret. Princess Ava overhears the deal they make. Cora vows to her prince that there is no baby. Princess Ava begs to differ. Cora is taken away by guards. Princess Ava promises Leopold that a more worthy wife will give him the child he deserves-one that is as pure as snow.

In present day Storybrooke, Regina and Mary Margaret are startled when the ghost of a young Cora appears before them. She has vengeance on her mind. Regina can't hold back her mother entering into Mary Margaret, who sees the past. Regina is able to pull Cora out of Mary Margaret and send her back into the portal.

Zelena has Prince Charming's courage and Regina's heart. Rumple's brain is next on her list not to mention Mary Margaret's baby. It's all part of her plan to change the past. It's a past where Mr. Gold's son is still alive. He could find his boy and perhaps never give him away. Belle figures out Zelena's plan. Mary Margaret says Cora was forced to give up Zelena by Snow White's mother's actions.

Zelena hopes to go back in time to kill Snow White's mother. That means Mary Margaret will have never been born. It also means Emma will have never exited either. Same goes for Henry. David realizes his unborn baby may be the key to success for Zelena's plan.

Elsewhere, Mr. Gold tries to seduce the dagger away from Zelena. He fails to do so and is sent back to his cage. Finally, Mary Margaret tells Regina that she shouldn't let anything hold her back when it comes to her feelings. Her words have an effect. Regina marches out to the woods to plant a long, passionate kiss on Robin Hood. 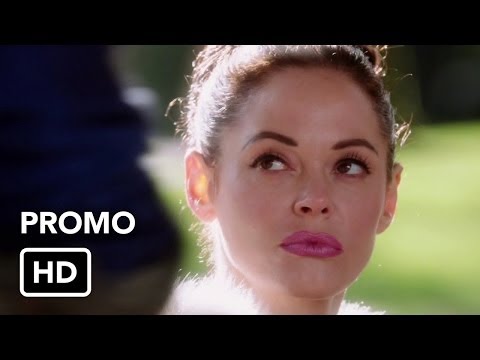