Prince Charming is baffled as he makes his way through a baby's nursery. He's even more confused when Emma approaches him in a beautiful gown. She speaks of going to a ball. She wants to learn how dance. Her father teaches her. The dance ends when Emma tells Charming that none of this is real. It should've been, but it isn't. That's because her father failed her. She tells him not to fail the next one before being sucked away from his embrace. This was all just a dream. Charming awakens to Snow White's big news. She's pregnant. They're going to have a baby!

In Storybrooke, Emma and the others look for a way to track down the Wicked Witch. Regina offers to keep Henry safe while the others search for their elusive foe. Speaking of Zelena, she visits Rumplestiltskin in his underground cage. He's busy with his spinning wheel trying to drive away the madness. Zelena has a dagger that holds him powerless against her. She uses it to shave his beard. Zelena lets Rumple know that she's after something he's spent a lifetime seeking. Luckily, she'll be getting it soon enough.

Zelena pays a visit to Mr. Gold's shop under the pretense of looking for a gift for Mary Margaret. She freezes Belle with a spell so she can execute her real mission to break into the safe. Zelena meets with Mary Margaret and David, who wonders if this stranger can be trusted. His wariness is with good cause. Zelena slips the potion she stole from Mr. Gold's shop into David's tea. She advises the couple to get their fears out into the open. David assures her that he has none.

In Fairy Tale Land, Robin Hood catches Charming sneaking a drink from a flask he keeps hidden. The two of them chat about the importance of keeping family safe. Charming says he has an overwhelming feeling of dread. He can't let it distract him though. Robin Hood tells him of a "night root" that, if digested, will help one overcome any fear. Charming is off to a haunted section of Sherwood Forest to find it. He unearths the root, but a scream for help soon has him scaling up the side of a tower. He grabs hold of a rope. Actually, it's long stretch of hair. David meets the resident of the tower. Her name: Rapunzel.

Rapunzel tells Charming that she, too, wanted the night root to overcome the fear of leading that haunted her after the death of her brother. A witch who kept her face hidden in a cloak chased her into the tower. She's kept her trapped inside ever since. Charming vows he will get Rapunzel out. That won't be easy now that the witch knows he's there. She scales the outside of the tower. Rapunzel wants Charming to run. That's not going to happen. Charming vows he will save her. But the witch is a powerful foe. A mighty struggle ensues. The witch knocks Charming to the floor.

In Storybrooke, Emma and Hook follow a lead on the witch. It brings them into the woods. A conversation about how Emma nearly married a flying monkey ensues. She had her heart broken yet again. This is good news for Hook. If Emma's heart can be broken, that means it still works. Back where they started, David is trying to catch up. He doesn't see the cloaked figure that's standing behind him.

Much like what happened in Rapunzel's tower, the cloaked figure of Storybrooke battles David, who pulls off the hood to discover it's his own face that was being hidden. Back in Fairy Tale Land, Charming battles the witch, who is actually a mirror image of the very person he's trying to help. Only Rapunzel can defeat her. Charming launches the cloaked one out of the tower. Rapunzel must overcome her fear of an uncertain future. She cuts off her hair causing the cloaked figure to fall. She returns home to her parents ready to lead. Charming returns ready to be a father.

Back in Storybrooke, David overcomes his fear and defeats his other self by stabbing the figure. The hilt of his sword disappears after he does this. Elsewhere in the woods, Emma and Hook come to a clearing where they find a farmhouse. There's a storm cellar in the field. Hook convinces Emma that they should get Regina before heading down there. The three of them find David in the woods. He tells of how the hilt of his sword vanished. Regina believes his courage transferred into it. The Wicked Witch stole it. In essence, she stole his courage.

The group makes its way back to the farmhouse. Whoever is living there isn't there now. Little do they know that's because Zelena is busy gaining Mary Margaret's trust. They move over to the storm cellar to find the lock on the top broken. Regina feels there is dark magic in this place. The group goes deeper into the cellar to find a cage. The door is open. There's a spinning wheel inside which was used to turn straw into gold. Rumplestiltskin was there. The question is… where is he now? 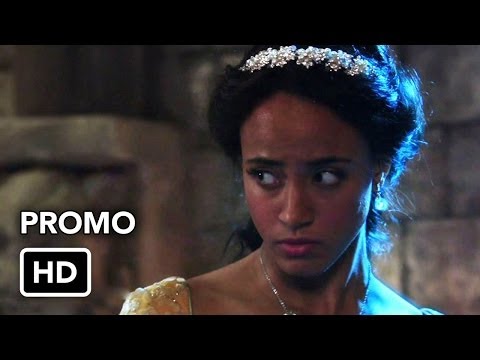