The green-skinned witch residing in Regina's castle is making herself at home. She may or may not know about the tunnels located underneath the place. Regina wants to uses them to get inside in order to shut down the protection shield. First she must fend off a flying monkey when it tries to attack Robin Hood's young son. Belle says there's only one place she knows of with flying monkeys: Oz. Regina now knows they are up against a Wicked Witch.

Robin Hood tags along as Regina tries to break into her castle. He owes her a debt for saving his son. Regina leads the way navigating through the traps. She learns that Robin blames himself for the death of his son's mother. She's stunned to see a door that she sealed with magic wide open. It leads to a crypt that was built for her mother. Later, Robin Hood learns the real reason Regina wanted to get to the castle was to find a sleeping spell. She plans to use on herself after she lowers the protection spell. She just misses Henry so much.

Regina manages to disarm the protection shield surrounding the castle. The others move forward on the outside. Inside, Regina is about to inject the sleeping spell when the Wicked Witch steps forward to introduce herself. Her name is Zelena and she's her sister. Actually, they're half-sisters. Their mother gave Zelena away. She grew up in Oz and she was a student of Rumplestiltskin. Zelena declares war on Regina, who tells Robin Hood she now has motivation to live on. She now has someone to destroy.

One year later, Emma gets the 411 on what happened with her parents. Hook helps fill in some of the gaps. The last he saw them was when they were trying to storm Regina's castle. It's not just memories that are missing. People are, too. Emma believes the only way to understand what's going on is to get everyone's memories back. To do that, they need to find the one who took them away in the first place.

Regina is stunned to see Henry. Emma explains there wasn't enough memory potion for him. One of Robin Hood's merry men, Little John, is snatched by a flying monkey as he nears the Storybrooke town line. This is where some dwarfs went missing, too. Emma calls a town hall meeting where Regina swears that she didn't cast this curse. The crowd doesn't believe her, so she vows to give them what they seem to want—the Evil Queen. She causes a brief earthquake before vanishing. This makes one of the townspeople smile slightly. She's less green than we've seen in her in the past. She goes by the name Zelena.

Regina's antics at the town hall meeting were all part of an act. She's in cahoots with Emma to find out who really cursed the town. This person may be right under their noses. Zelana approaches an anxious, pregnant Mary Margaret claiming she used to be a midwife. She makes arrangements to help her with her baby. As for Regina and Emma, an attempt to make a memory potion fails. They decide to spread the word that they are actually close to success. The bluff is an attempt to lure their unknown foe into the open. The plan works, but their target escapes the magic trap Regina set.

An injured Little John is found unconscious in the woods. He rushed to the hospital where he starts changing before everyone's eyes. A tail violently thrashes about. Little John turns into a flying monkey. He flies out the window. Elsewhere, Emma brings Regina home to meet with Henry. The two makes plans to spend time together. Moments later, Emma and the others soon realize their mystery enemy is the Wicked Witch of the West. They wonder why she's come to Storybrooke. The answer may be the person she's keeping trapped in an underground bunker: Rumplestiltskin. 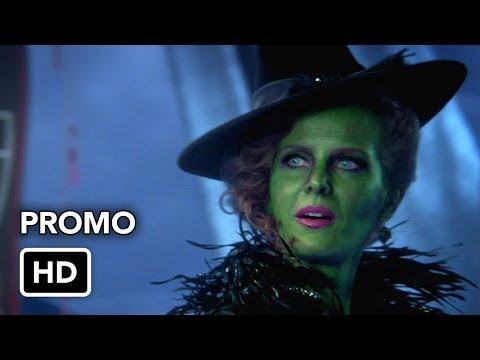