As a boy, Rumplestiltskin witnesses his father, Malcolm, get beaten up after trying to swindle a man out of his money in a fixed card game. He's left with a couple of spinsters who look after him while his dad heads out to supposedly find a real job. Malcolm gives him a doll that he says will protect his son while he's away. Rumplestiltskin learns he has a gift for spinning. The spinsters convince him that his father abandoned him. They give him a magic bean that opens a portal to another world where he can start anew.

Rumple shows the magic bean to his dad, who tells him of place called Neverland. The two of them head off to this magical location. You can even fly in Neverland if you have some pixie dust. Father and son head off to find some unaware that a dark shadow is following them. Malcolm leaves a frightened Rumple behind as he climbs a tree looking for pixie dust. He sprinkles some on himself saying he wants to fly. It doesn't work. The dark shadow approaches to say it's because Malcolm doesn't belong here.

In the present, Emma and the others reunite with Regina and Rumplestiltskin all with the common goal of getting Henry back. Neal doesn't want his father anywhere near his son. Of course, Rumple is their best chance of defeating Pan since he possesses the powerful Pandora's Box. Still, they all believe he's there to kill Henry, not rescue him. After all, the prophecy stated that the boy would be his undoing. Emma lets Rumple know that he'll have to go through all of them first before he'll ever get to Henry.

Rumplestiltskin tries to prove that he won't hurt Henry by turning over Pandora's Box. He lets Neal know that Peter Pan destroyed his father. Rumple also says he can create an elixir to save David. He agrees to Neal's order that he do so purely because it's the right thing. Tinker Bell lets the group know that they've reached Pan's perimeter. It's time to get Henry. Regina uses magic to knock out a group of Lost Boys. They find Wendy locked in a cage. She reveals that she came back to Neverland for Neal, as he had told her that his family had abandoned him. This upsets Rumplestiltskin.

Wendy says that Pan is keeping her brothers, John and Michael, alive only if she does as he says. That's the only reason she's helping him. Wendy says Pan needs Henry's heart because he's dying. He needs to absorb all the magic in Neverland in order to become immortal. Henry will die when this happens.

Pan takes Henry to Skull Rock. He sets up a protection spell to keep others away. And others are coming, just not David and Mary Margaret. They are headed back to Dead Man's Peak to get some of its enchanted water. Rumplestiltskin can use it to cure David back in Storybrooke. Hook and Tinker Bell stay behind to take care of the Lost Boys. This means Emma will go after Henry with Regina, Neal and Rumple. She assures everyone that when this is over they will all be going home together.

Emma and the others arrive at Skull Rock. They know Henry is there, but can't get past the protection spell. Actually, Rumplestiltskin can. It's because he gave up his shadow. Neal realizes that he really does want to save Henry. That's why he and the others return Pandora's Box to him. Emma realizes they can get rid of their own shadows by eclipsing the moon with magic. Deeper in the rock, Pan leads Henry to the spot where he says Neverland's magic emanates. He leaves him alone once he realizes they have company.

In Neverland past, Rumplestiltskin fears the worst until his father returns to say the pixie dust doesn't work because he's not a boy anymore. Malcolm believes the only way he can fly again is to let go of the thing that's holding him back. That's why he lets the shadow take Rumple away. When this happens, pixie dust surrounds Malcolm. He magically transforms into the boy he once was. He magically transforms into the boy we know as Peter Pan. Rumple returns to the spinsters who assure him that he always has a home with them. He lost his doll in Neverland. The name he gave it was Peter Pan.

Pan approaches Rumplestiltskin. He wants his son to stay with him. He wants a fresh start. Rumple wants that, too. Just not with Pan. He tries to open Pandora's Box, but it doesn't work. That's because Pan has the real one. He opens it and a mist surrounds Rumple as he's sucked into the box. In Neverland past, we see Pan as he learns that once the hourglass on Skull Rock runs out, the magic that fuels his youth will be gone and he will die. Pan believes he will find away to stop that from happening. In the present, his plan is about to come to fruition.

Pan tells Henry that he needs to take his heart. He'll also have to stay in Neverland forever. Henry is willing to make the sacrifice. After Pan gives him the power, Henry reaches in to pull out his own heart. Emma, Neal and Regina arrive just as he does this. They tell Henry that Pan is lying. The battle is on to gain the trust of the truest believer. Henry ends up believing Pan. He gives him his heart. A shockwave rocks Neverland. Henry collapses to the ground as Pan rises into the air looking more powerful than ever. 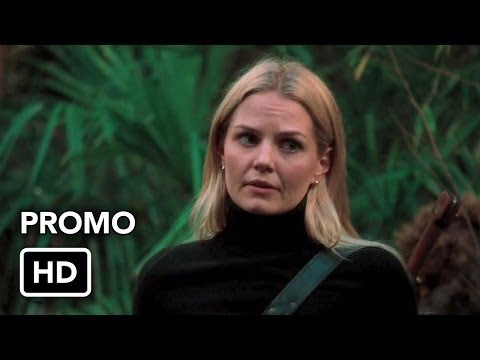