Hook leads the team through the jungle as they search for Peter Pan's hideout. He warns David to beware of the poisonous thorns on some of the tree branches. He suggests they avoid the dark jungle before convincing everyone they should rest for the night. Emma awakens from her sleep when she hears the cries of children. She steps into the jungle to find the source of the sobbing. She instead comes face-to-face with Peter Pan. Emma demands to know where Henry is. Pan is willing to help her find him. He presents her with a map which is completely blank. According to Pan, Emma will be able to read it once she stops denying who she really is.

Hook knows that Pan likes his games. He doesn't believe they should break his rules. This doesn't sit well with Regina, who wants to take matters into her own hands with magic. That's not a risk Emma is willing to take. She tells the tale of who she is to the map. As much as she's always denied it, Emma admits that she is the savior. Not even this declaration can make an image appear on the map. Regina has had enough. She casts a locator spell on the map. It floats through the air in a direction that will supposedly lead them to Pan. Unfortunately, they have to go through the dark jungle to get there.

The group approaches a clearing where Emma believes she sees Henry standing in the distance. When she approaches him, she sees that the figure in question is actually Pan. He's disappointed that they broke the rules. It's bad form. In an instant, the group is surrounded by Lost Boys brandishing bows and arrows laced with poison. A battle ensues. David's garment is struck by an arrow, but he assures Mary Margaret that he's fine. Emma tackles a Lost Boy demanding to know where Henry is. She quickly releases him after staring into his eyes. Pan declares that Emma still must admit who she really is before she can find Henry as he orders his boys back into the jungle.

Mary Margaret has a heart-to-heart chat with Emma. She helps her daughter see that the reason she stopped fighting with the Lost Boy is because she saw the despair in his eyes. Emma had it back in the orphanage. On this island she feels like what she's always been-a lost little girl. She's an orphan. With that, markings magically appear on the map. Emma apologizes to her mother for what she said. Mary Margaret knows it was the truth. Emma was an orphan. But now that Mary Margaret is here, it's her job to change that. As for the map, they now know where Pan's hideout is. They still all need to work together to defeat him.

Flashing back to a time in Fairy Tale Land's past, we see the day Prince Charming woke Show White with true love's kiss. This, of course, upsets the Evil Queen to no end. She uses magic to tie up Charming while offering Snow White a deal. She wants her to give up her claim to the throne. Once Snow does this, she can go off with her prince and the dwarfs to live in exile. Regina briefly strangles one of the villagers to show what the consequences will be if her offer is rejected.

Snow White believes the best thing to do is accept the Regina's offer. It's the only way to assure the safety of the people. The dwarfs are prepared to follow Snow wherever she goes. Charming, on the other hand, doesn't believe she should give up her kingdom so easily. This has the dwarfs questioning his motivation. Charming is alone in his search to find a way to convince Snow White that she can defeat Regina. He asks for help from Rumplestiltskin. A short time later, Charming lets Snow White know that there is a magical weapon that can help her reclaim the kingdom. It'll help her see who she really is.

Show White and Prince Charming ride off to the place where the magical weapon is located. It's the first time they've been alone since they became engaged. Privacy is hard to come by when you have seven little big brothers protecting you. As for the magical weapon, it was forged by a wizard named Merlin from a realm called Camelot. It's a sword called Excalibur. It happens to be stuck inside a large rock. Only the kingdom's true ruler possesses the power to wield the blade. Snow White is shocked as she summons enough strength to pull the sword from the stone. This proves that she is the true ruler of the land.

Regina returns to hear Snow White's answer to her offer. Once she learns that it has been rejected, she begins choking Grumpy. Snow White charges after Regina. A swing of her sword brings a cut that draws blood just below the queen's eye. Snow White passionately declares that this is her kingdom and she will fight for it. Regina assures her that they will see each other on the battlefield. Later, Snow White learns from Rumplestiltskin that the sword she possesses is not Excalibur. David tricked her. The dwarfs now know his intentions are honorable. Snow White also knows that he did what he did to prove what he already knew about who she truly is inside. This leads to a passionate kiss. True love's kiss.

Mr. Gold performs a disturbing action where he cuts away his own shadow. He presents his knife to the dark entity instructing it to hide the weapon where no one can find it. Not even him. Later, a cloaked figure steals the doll that made Gold cry. He's shocked to see that it's Belle! She's actually still in Storybrooke. Gold summoned the vision before him because he's afraid he'll make the selfish choice of Pan's deal where he'll be allowed to live if he gives up on Henry.

Belle advises him to let go of the past. It's a past where his father left him. Gold tosses the doll his dad gave him into the river. It appears as though he did not make the selfish choice at all. A short time later, the doll falls from the sky to land at Mr. Gold's feet. He tries to burn it with a fireball. This works for only an instant. The doll magically reappears. Mr. Gold can no longer fight it. He tucks the doll in his pocket before continuing on through the jungle.

Pan approaches Emma when she is alone in the jungle picking berries. He says there is a reason why he tested her. He knows that she hasn't forgiven her parents for abandoning her. Pan says Henry feels the same way about Emma. By the time she gets to him, he claims Henry will never want to leave the island. As for Emma, Pan says that by the time they are finished with her, she won't just feel like an orphan. She'll be one. It's a haunting statement especially since that poison-laced arrow that tore through David's jacket caught more than just fabric. It left a nasty flesh wound along the side of his upper body. 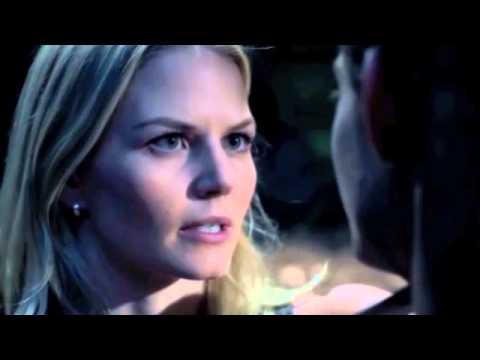 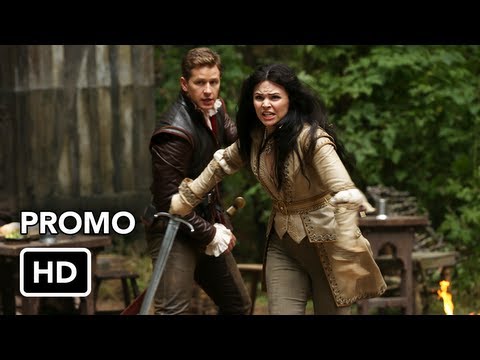