It's night time in Fairy Tale Land and Cora is angry. She confronts Captain Hook, seething at his apparent betrayal. He says it was all a part of the plan and promises to deliver the compass, but Cora tells him she's going to do things her way from now on. She returns to the island encampment and pulls a heart from one of many boxes, bringing it back to life through magic. The lifeless bodies strewn about come back to life, picking up weapons as she sends them out after the four Princesses. Meanwhile, Emma and Mary Margaret speak to Aurora, trying to get as much information about her dreams as they can. Once they're sure she's communicating with Henry due to the after-effects of the sleeping curse, they work with Aurora to send her back to sleep looking for answers, a plan Mulan's not sure she likes.

In Storybrooke, Henry awakens from another nightmare to find David and Regina watching over him. He tells them that the girl he's seeing in his dreams is named Aurora and that she says she's with Emma and Mary Margaret. They're looking for a way home, but they need to defeat Regina's mother, Cora, to get there, and they need help. Regina immediately goes to see Mr. Gold, who is almost as unhappy to hear that Cora is planning a trip to Storybrooke as she is. He meets Henry, David and Regina at his shop where they decide to put Henry under once again to convey information. What they need to defeat Cora is magical squid ink that was once used to imprison Rumplestiltskin himself. A jar of it is hidden in his cell beneath Snow White and Prince Charming's castle. Henry tries to relay the message in the netherworld, but the flames are too much and Aurora is suddenly pulled away.

Back in The Enchanted Forest, Mulan is shaking Aurora awake as they are being attacked by reanimated villagers! The four women fight off the attackers, but Aurora is captured. Meeting her in the cell in the island encampment, Cora tells Aurora that, for a little cooperation, she could recover Prince Phillip's soul from The Wraith, but Aurora is not so easily bought. While Emma, Mary Margaret and Mulan come looking for her, a raven delivers the message that Cora will trade the compass for Aurora's life. Little does Cora know, Captain Hook has snuck into Aurora's cell, freeing her and gaining her trust. She sends the young Princess back to meet her friends, seemingly in hopes of keeping his original deal with Emma. Meanwhile, Mary Margaret decides that they should use some of Mulan's sleeping powder to put her into a deep sleep so she can try to talk to Henry. Having once been under the sleeping curse before, that shouldn't be too hard for her.

When Henry awakens from his latest attempt with terrible burns on his arm, David and Regina refuse to send him back to finish the job. Mr. Gold insists it's necessary and David agrees, so he says he'll go instead. Regina and Mr. Gold brew up a sleeping curse and David must undergo it the old fashioned way-with the needle of a spinning wheel. His hope is to give Mary Margaret the information she needs so she can come back and wake him up with True Love's Kiss, but it's a big risk. When he's under the curse, he first arrives in a dark, empty room. Using a charm from Rumplestiltskin, he's able to find his way into the red, fiery room Henry had been in, and finds Mary Margaret waiting for him. He gallantly fights his way through the flames to her, but in the netherworld, they can't touch. He tells his beloved wife about the squid ink, but then Mary Margaret realizes what's happened. David will be trapped there until she finds a way home to awaken him. And if she fails to defeat Cora and get home at all, he'll be trapped there forever!

Mary Margaret awakens, panicked now that her husband's life is on the line as well. Emma calms her down, but they both realize Mulan has left. She's taken the compass to trade to Cora! Emma and Mary Margaret chase after Mulan, stopping her in the woods not far from the island encampment. Suddenly, Aurora appears, explaining how Captain Hook let her go. She suddenly seems to know just what to say to calm everyone down, and that's because the words aren't hers-they're Cora's! Captain Hook somehow took the Princess' heart and gave it to Cora as a gift. Now Cora and Hook have complete power over Sleeping Beauty and will use her as a means to stop the others and get the compass. Then it will be on to Storybrooke and a mother-daughter reunion that certainly won't end with "happily ever after." 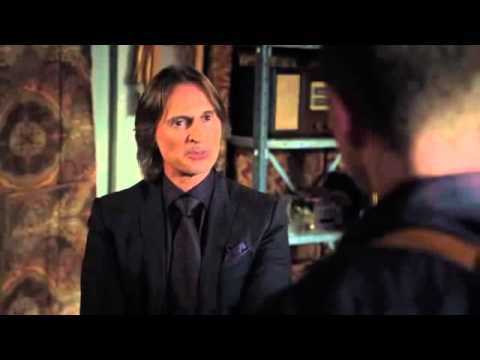 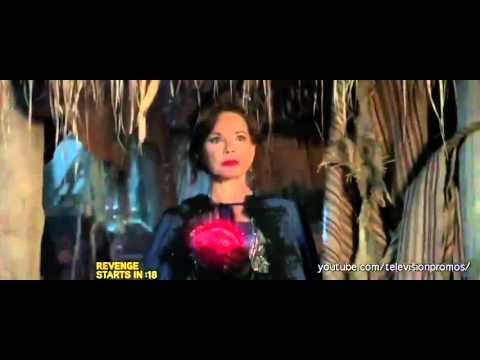