This is Fairy Tale Land.

Yes, Fairy Tale Land. It's the place of princesses, princes and happy endings. But more importantly, it's a place of magic. We open on the most famous of happy endings, Prince Charming kissing Snow White and waking her from her magically induced slumber. Their happy ending is abruptly interrupted on their wedding day by the Evil Queen who vows, "I shall destroy your happiness, if it is the last thing I do."

In the real world, Boston to be specific, we meet Emma, a beautiful twenty-something at a fancy dinner for an online date. We quickly realize this is no date at all. Emma's a tough no-nonsense bail-bonds woman who's looking to catch a client who's skipped out on his bond. She calmly chases him down and knocks him out when he gets recalcitrant with her. It's clear she knows how to take care of herself.

Emma returns home to finish her night by celebrating her birthday alone. Just as she blows out the candles to make a wish, her doorbell rings. She finds a young boy, Henry, who drops a bomb on her. He's the child she gave up for adoption ten years ago. After Henry tries to bluff Emma about not caring if she calls the cops, Emma tells him she has a skill, "let's call it a superpower. I can tell when anyone is lying. And you, kid--are." He stops Emma and pleads with her not to call the cops but to take him home, back to the town of Storybrooke, Maine. Emma reluctantly agrees. On the way, she notices Henry holding a fairy tale book. Henry insists all the stories in it are true. When Emma scoffs at that assertion, he tells her she should know they're true because she's in it. Emma just shakes her head at him, "Kid, you've got problems." Henry confidently replies, "Yup. And you're gonna fix them."

In Fairy Tale Land, Snow White and Charming make a deal with the imprisoned and malevolent Rumpelstiltskin to find out the future in an effort to save their unborn child. He agrees to give them the information as long as he gets the name of their unborn child in return. Snow White agrees. They learn of the Queen's inevitable magic curse that will stop time and send everyone from Fairy Tale Land to a place where there will be no more happy endings. He tells them to get their child to safety. In 28 years she will return to find them and the final battle will begin. As Snow and Charming leave, Rumpelstiltskin demands to get his end of the deal. With great reluctance Snow White turns, "Emma. Her name is Emma."

Once in Storybrooke, Henry introduces Emma to Archie, his psychiatrist. Once Archie leaves, Henry tells Emma that Archie is really Jiminy Cricket from the fairy tales in his book. Henry goes on to tell her that everyone in Storybrooke is actually a fairy tale character from his book but that they are trapped and frozen in time because of the Evil Queen's curse. He points to the clock tower and tells Emma that it hasn't moved all his life. No one in the town remembers their fairy tale lives. When Emma asks why anyone doesn't leave, Henry says that bad things will happen.

Back in Fairy Tale Land, Snow White and Charming have been given a way to save their child by the Blue Fairy. She gives them a magical tree that when made into a vessel can ward off any curse, but the catch is it can hold only one--perfect for Snow and her unborn baby.

Emma takes Henry home and meets his mother Regina--it's the Evil Queen from Fairy Tale Land. She is not at all happy to see Emma and suggests that it's time for her to go back to where she came from. Emma takes the hint and leaves. While on the road out of town a wolf appears in front of her. She swerves and crashes on the side of the road. She wakes up to find herself in jail and is told by the sheriff, Graham, that he found her on the road leading out of town. Regina shows up and tells them Henry is missing again. Emma agrees to help find him. The trail leads him to Henry's teacher, Mary Margaret, who looks exactly like-Snow White. Mary Margaret tells Emma she can probably find Henry at his "castle."

In Fairy Tale Land, the Queen has enacted her curse, which is engulfing the land. As Snow delivers baby Emma early, the Queen raids the castle with her forces searching for the newborn. Since the magical vessel can hold only one person, Snow and Charming make the heartbreaking decision to put their newborn child Emma in it in an effort to get her to safety. Charming battles the Queen's men and gets Emma into the safety of a wardrobe carved out of the tree. As he is struck down, he sees that Emma is gone when the Queen's men break into the wardrobe. He closes his eyes with a quiet satisfaction. Snow finds Charming as the Queen bursts in. But just as the Queen thinks she's won, she learns that Snow White and Charming were able to save their daughter and get her to safety. No matter, as the Queen laughs manically as the mist created by her curse swirls in a vortex around them. Snow asks where they are going. The Queen says, "Somewhere horrible. Absolutely horrible. A place where the only happy ending will be mine." Then the blackness consumes them all.

Emma finds Henry at his "castle", a rundown playground by the water's edge. She notices he's a little down because the clock tower still hasn't moved. He thought once he brought her back to town the clock tower would move and things would start to change. When Emma gets impatient with his belief that everyone in town is a fairy tale character, he just smiles and tells her it's okay. She's only acting that way because she feels guilty for giving him up. Henry tells Emma that it's okay she gave him up because he knows she wanted him to have the best chance. This hits Emma hard. She admits that he's right, "I wanted you to have your best chance. But it's not with me." Henry pushes for her to stay, to help break the curse. Emma still doesn't believe him but smiles at his insistence and tells him it's time to go home.

Once home, Henry blows right by Regina without saying a word and heads to his room. Regina thanks Emma for bringing her son home, and then lays into her. Regina reminds her that she is his mother because Emma gave up that right a long time ago. She tells Emma it's time for her to leave town, "Because if you don't? I will destroy you if it's the last thing I do." Emma stands resolute as Regina heads into the house but before she makes it in, Emma asks Regina, "Do you love him?" Regina is surprised by the question and Emma asks it again. Regina replies, "Of course I love him." It's a stare down. Regina then slams the door on Emma. What did Emma take away from that? Did her "superpower" reveal it to be the truth or a lie?

Later that night, we find Mary Margaret volunteering at the hospital, placing flowers by sick patients' bedsides. She enters a room to place flowers next to a John Doe coma patient, as we pull back we see that it's none other than Prince Charming. Mary Margaret sets the flowers down, turns and leaves. She has no idea this is her Prince Charming.

Meanwhile, Emma decides to stay in town and gets a room at Granny's Bed & Breakfast. While she's checking in, Emma meets Mr. Gold, who looks eerily like a cleaned up version of Rumpelstiltskin--every bit as intimidating. When asked how long she plans on staying in Storybrooke, Emma replies, just a week. As she's handed her key, we cut to Henry, looking intently out his bedroom window at the clock tower. And then... the big hand moves. As the clock ticks Henry breaks into a big grin, hopeful that everything is about to change. 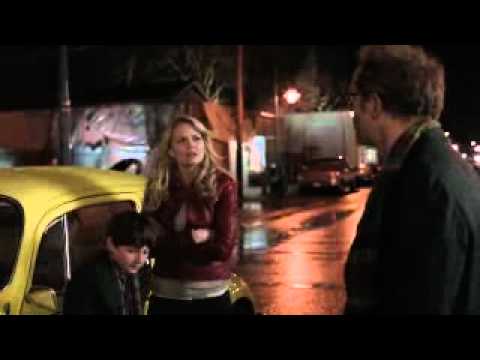 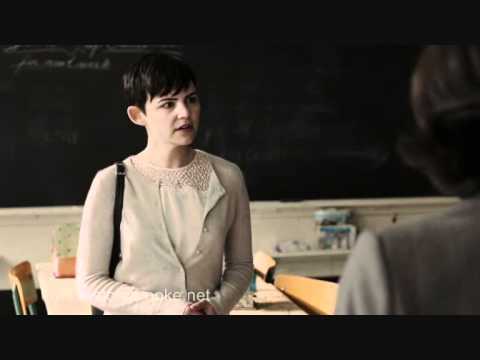 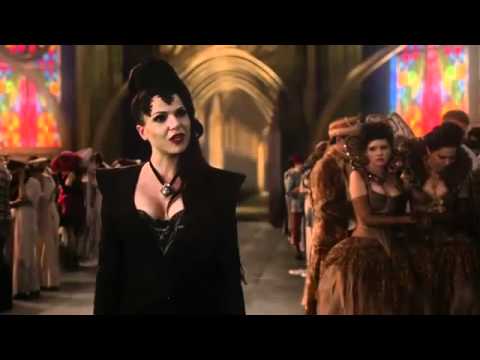