Hannah (Lena Dunham) provides cover for Marnie's (Allison Williams) secret weekender to Poughkeepsie, which she hopes will help clarify an old chapter in her life. Shoshanna (Zosia Mamet) enlists Elijah (Andrew Rannells) to be her plus-one at a networking event for young professional women, where Jessa's (Jemima Kirke) antics lead Shosh to reevaluate her post-college friendships.

"Do you think I have time, with my burgeoning career, to support her like sick little tryst?" -- Hannah

Shoshanna and Jessa film a happy birthday video for their grandmother. Jessa is eager to reconnect, so when Shoshanna reluctantly tells her about a female networking event that night, Jessa invites herself along.

Shoshanna brings Elijah to her networking event at "Wemun", a new female social club founded by two of her ex-best friends from college, Rachel and Zeva. While Shoshanna is totally in her element and soaks in the scene, Elijah and Jessa have a hard time keeping straight faces through the evening. At the end of the night, Shoshanna and Jessa get into a blow out fight. Shoshanna is upset that she's wasted so much of her twenties with Jessa, Marnie and Hannah, while Rachel and Zeva's careers took off.

At their rental house upstate, Marnie questions Desi about a bottle of pills she finds. He confesses the pills are prescription drugs, and that he's been abusing them for over a year. In shock at this revelation, Marnie is even more hurt to find out that Desi was high at their wedding. She kicks him out of the house. While Desi tries to break back in, Marnie and Hannah have a heart to heart. They promise to always be friends. 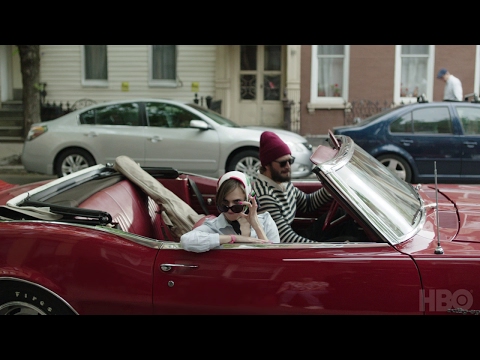