A very disgruntled Shoshanna (Zosia Mamet) arrives back in New York, and attempts to drown her sorrows in sake and sushi. She and Scott have an awkward reunion when he shows up at the sushi restaurant where she's having lunch, and Shoshanna tells him that she's thinking of going on welfare. Scott accuses her of being spoiled and entitled, and tells her he's glad they broke up.

Hannah (Lena Dunham) and Fran (Jake Lacy) head out of the city in an RV for a summer road trip. On the road, Hannah realizes she can't be with Fran, and makes him pull over at a rest stop, She texts Fran from the bathroom, telling him to continue the trip without her. Fran tries to reason with her, but they get into a fight and break up. Hannah refuses to let Fran drive her back to the city, preferring to stay at the rest stop alone.

Hannah calls Marnie to ask for a ride back to the city, but Marnie is recording a demo with Desi (Ebon Moss-Bachrach). Hannah then calls Ray, who picks her up in his brand new Ray's coffee truck. As a thank you, Hannah tries to give Ray road head, causing him to drive off the road and tip over the truck.

Adam (Adam Driver) visits Laird (Jon Glaser) and learns that Caroline has been MIA for three days. Adam finds a note addressed to Laird from Caroline, explaining her departure. She's had dark thoughts about hurting Sample and herself and has decided to leave.

Laird asks Adam to watch Sample while he goes off to process Caroline's note. Adam asks Jessa to come over and help him take care of the baby, but her selfish behavior causes them to argue.

While stuck on the side of the road waiting for a mechanic to come and repair Ray's coffee truck, Hannah calls Jessa (Jemima Kirke) and asks if she's sleeping with Adam. Getting confirmation from Jessa, Hannah immediately hangs up. When a random guy pulls over to ask Ray and Hannah if they're okay, Hannah hitches a ride with him back to the city.

Desi's new girlfriend Tandace shows up at the recording studio. Having recently facilitated an anti-violence communication workshop, Tandace feels that she is "uniquely qualified" to serve as an intermediary between Marnie and Desi. Tandace explains that while Marnie is a huge part of Desi's music life, it would be better for his personal life if she "didn't exist for a little while."

Hannah notices that Hector, who picked her up on the side of the road, has a gun in his backseat. She makes a safety call to Marnie, who instructs her to pretend to hang up and to tell Hector that she has to pee in order to get out of the car. When Hector insists there's nowhere for him to pull over, Hannah tries to strike up a conversation. She learns that he escaped an abusive relationship and left his girlfriend after she pointed a gun at him. Seeing the New York skyline for the first time, Hector is ecstatic and his excitement rubs off on Hannah when he says, "It's a good place to start over." 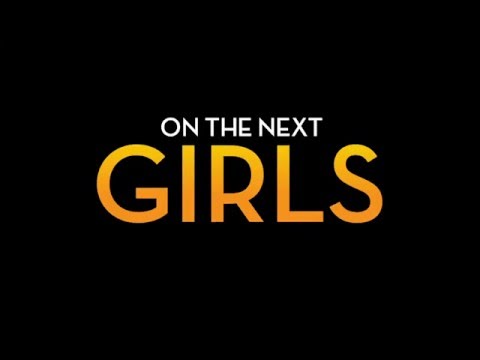