Adam, now living with Mimi-Rose, wakes up early to prepare a brunch feast for her on the patio. Elijah has moved back in with a depressed Hannah. She goes to pour herself a bowl of Cinnamon Toast Crunch and finds the box empty. "You can't just waltz into town and eat another person's cereal," she says through tears. "If what you want is cereal, go to the store and get some cereal and put your name on it!"

Shoshanna interviews with Scott, a young Harvard Business School grad who runs an instant soup startup called Madame Tinsley's. She tells him she hates the name, and furthermore, the product smells like "budussy" -- aka, "butt, d**k and p**sy," she explains. Before Shoshanna storms out, Scott stops her to say that while he isn't going to give her a job, he'd like to take her out for drinks.

Ray, carrying a homemade model depicting the traffic snarl outside of his apartment, attends a community board meeting in hopes of resolving the problem.

Marnie delights in the fact that her and Desi's song, "Close Up" has gotten 100 downloads, though Desi is doubtful that their label manager, Marcos, will care much about 100 "random people." Marnie suggests they open their two-song showcase with the track, but Desi is hesitant to give half of their set to a "syrupy love song." They argue about their band's direction; Desi is freaked out that Marnie compared their sound to She & Him. "How can we have completely different takes on the same band that we're both in?" he shouts. "That is bizarre to me!"

Adam tries to persuade Mimi-Rose to go on a run with him, but she casually tells him that there's "just a couple things I can't do because I had an abortion yesterday."

Hannah sees her therapist, who asks if she found her writing career fulfilling. Hannah admits she never thought about it from that angle. "The writers whom I love really helped me to form my worldview," she explains. "I guess I wanted to help other people the way those writers helped me." Her therapist latches onto the idea, insisting that Hannah is someone who enjoys helping people.

Adam pushes Mimi-Rose for details about the abortion. She reminds him that they've known each other less than seven weeks, though Adam insists that "crazier things have happened." Drily, Mimi-Rose asks him, "So we should have the baby and put it in your toolbox as a cradle and feed it sardines and tell it that you don't know my middle name?" Unwilling to accept her reasoning, Adam tells Mimi-Rose that what she did was "evil." She storms out of the apartment.

Elijah and the girls have lunch together, where he expounds on his return to New York. "I had just gone as far as I could go in Iowa," Elijah says. "I was practically running that JC Penney, I was dating the guy who's the frontrunner in the mayoral race, I'd just put a bid in on 16 acres, but I thought, I don't know, I just feel empty, so I might as well come back here to be with you losers." Hannah announces that she's decided to get a job helping people, prompting skepticism from her friends, who feel Hannah is the most selfish person they know. Elijah rattles off possible, ludicrous career paths -- among them "schoolmarm." Despite Elijah's intentions, Hannah begins to consider teaching as a career path.

When the community board moves to adjourn early, Ray objects. He goes on a tirade against the inefficient system, prompting the council members to argue amongst themselves. The next day, Ray begins his campaign to become a community board chairperson.

That evening, Adam rushes to pack up his things. Mimi-Rose catches him on his way out and they talk through their issues. Adam is upset that Mimi-Rose doesn't need him and questions his role in her life. Mimi-Rose explains that while she doesn't need him, she wants him, "and wanting you like this is better than needing you because it's pure."

While Elijah sleeps in, surrounded by the detritus of a wild night, Hannah is already up and dressed. Resume in hand, she heads out to apply for a teaching job. 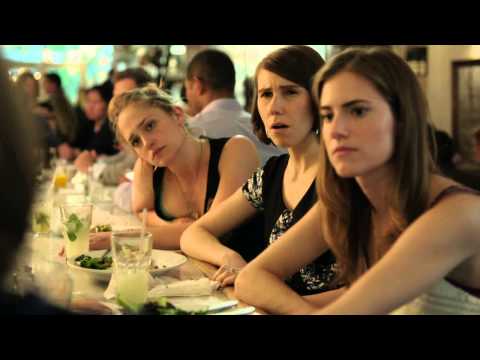