At another unsuccessful job interview, Shoshanna begins to realize that securing employment may not be as easy as she'd hoped. After being declared unworthy by her interviewer, Shoshanna begs to know what's "wrong" with her. Her recruiter is happy to oblige.

Over drinks, Shoshanna complains to Jessa and Marnie that nobody tells you how bad the "real world" is. Marnie is quick to remind her that they do: "It's pretty much all they ever tell you." Marnie plays one of her and Desi's songs on her phone, looking for feedback from Shoshanna and Jessa. Shoshanna assures her it's a perfect song, calling it "one of those billion dollar songs where the first time you hear it, you hate it, but they play it on the radio like 800 times and you love it."

Following the installation of a new traffic light on his block, Ray struggles with traffic congestion and noise pollution outside his apartment. Unable to take the incessant honking any longer, Ray storms outside and confronts the drivers in their cars, but no one takes kindly to his "neighbor to neighbor" appeals. He's spotted mid-tirade by Shoshanna, who's walking through the neighborhood. Feeling unemployed and worthless, Shoshanna asks Ray if she can join him while he runs errands.

At the start of workshop, the instructor brings attention to an "apology" letter that Hannah wrote her classmates following her behavior at the poet party. The others are upset that the letter isn't very apologetic and further aggrieved that she left it in their cubbies. "Those cubbies are sacred spaces," Chandra tells her. "They're meant for sharing art, and not spewing hate."

After class, the instructor talks with Hannah about whether the program is the right fit for her, sensing that academia is not completely natural for Hannah. Believing that she's in trouble for her non-apology letter, Hannah asks if she's getting kicked out. The instructor tells her she's not, and Hannah admits that she was "so happy" when she thought she was.

Hannah has dinner with her father who's in town before heading to a conference in Minneapolis. He commiserates with her over her unhappiness in the writing program and encourages her to do what's best for her -- regardless of what anyone else thinks.

Shoshanna convinces Ray to deviate from his routine of buying t-shirts and boxers in Forest Hills, though he balks at the high prices at the Williamsburg boutique she takes him to. While Ray tries on clothes, Shoshanna tells him she's been following him around so she could apologize for how their relationship ended. "I wasn't ready and I was unkind and very rude and generally behaved in a way I don't want to be remembered after I die," she admits. Ray accepts her apology, acknowledging that he isn't the easiest person to get along with.

That night, Marnie wakes to Desi banging on her door -- he's finally told Clementine about their affair. Marnie's delight is promptly squashed when she realizes Desi may have "preemptively" broken up with Clementine after she revealed having "sexual thoughts" about another man. Through his sobs, Desi tells Marnie he loves her -- and only her -- so much. Despite whatever misgivings she may have had, Marnie allows herself to be happy.

Hannah quits the Writers' Workshop and heads back to New York. As Hannah puts her key into the door of her apartment, a woman answers. She's Adam's new girlfriend, Mimi-Rose. 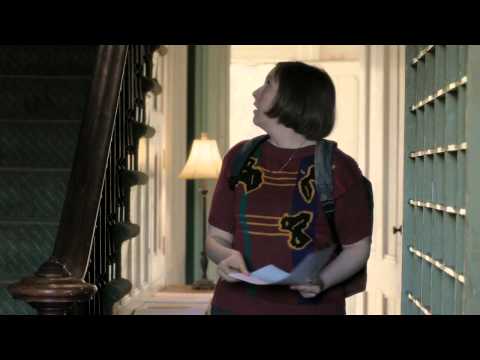