Marnie readies a gorgeous beach house for the arrival of Hannah, Shoshanna, and Jessa. She meets the girls at the bus station, where Shoshanna expresses joy at getting to spend the weekend in the Hamptons. Marnie reminds her that they are not in the Hamptons, but rather the North Fork - a place that, to Shoshanna's dismay, does not house a J. Crew.

Upon entering the house, the girls fight over the right to sleep in the master bedroom. Having anticipated such a squabble, Marnie explains that she has assigned everyone a room. Hannah is less than thrilled to learn that her room connects to Marnie's. The girls briefly put aside their differences as they retreat to the pool for a fun group swim.

Marnie moves the party over to the cold, rocky beach, where the girls complain about the inhospitable conditions. Tired of her friends' gripes, Marnie laments how "disconnected" they've all become. She had hoped the trip would serve as an opportunity for the foursome to "prove via Instagram" that they can still have fun together.

To prepare for Marnie's healing dinner, the girls ride bikes into town for supplies. Hannah, barefoot and still clad in her tiny green bikini, is refused entry in the grocery store. Waiting outside, Hannah overhears a group of men poking fun at her revealing outfit. When she turns around, she discovers Elijah - along with his new boyfriend Pal and two other friends - Paul and Gerald. Elijah apologizes to Hannah for sleeping with Marnie and wrecking their friendship. They settle their differences and Hannah invites him and his friends back to the beach house to save her from the hell that is Marnie's carefully calculated weekend of reconciliation.

Fun is had by all back at the house, save of course for Marnie, who pulls Hannah aside. Marnie expresses her frustration at Hannah for inviting outsiders into their exclusive bonding weekend. Hannah argues that their presence will lighten the mood, and that it makes perfect sense for Elijah to be involved as he was the source of their rift. Later, while Marnie prepares dinner, Elijah approaches her to apologize. They bond over boyfriend stories; Elijah admits that he's in love with Pal, and Marnie once again shares the sad story of her breakup with Charlie. Elijah is happy to reveal that he's always hated Charlie, ever since he realized that they weren't both closet cases.

At Marnie's insistence, Gerald, a Broadway choreographer, attempts to lead the group in an elaborate dance routine. Later, drunk on red wine and Pal's signature drink (the North Fork Fizz), Marnie and Hannah have a heart-to-heart over their long-simmering feud. Marnie reveals, "I am okay. I may not seem okay and I might not be okay, but I am, like, okay."

That night, everyone, once again save for Marnie, goes skinny dipping in the pool. Hannah tells Elijah that she is worried that Pal is condescending and disrespectful of him and encourages Elijah to stick up for himself. Marnie, finished cooking dinner, calls Hannah out of the pool and urges her to send the guys home, so the girls can get their healing back on track. Hannah ignores Marnie's orders and calls everyone in for dinner.

After a tense meal intended for four but redistributed for eight, the group performs Gerald's dance. Marnie makes a point to criticize Hannah's effort and then explodes at her for inviting the guys to eat with them. "Dinner was supposed to be our time for honesty. But then you invited the cast of ‘Magic Mike'!" Shoshanna, sick of hearing about dinner, tears into each of the girls for treating her "like a f*cking cab driver" and calls them "a bunch of f*cking whiny nothings." A bitterly honest, rawly emotional fight ensues before the girls storm off to their respective bedrooms.

Elijah tries to talk to Pal about his misgivings with his attitude towards him, but Pal blows him off after learning that Hannah - "the most ridiculous girl he's ever met" - is behind the confrontation. Scrambling, Elijah declares that he's in love with Pal, but Pal does not return the sentiment. Elijah plays it off as a joke and then kindly offers to fellate Pal.

The next morning, Hannah, Marnie, Jessa, and Shoshanna wake up and silently clean the house together. Later, as the girls sit in silence waiting for the bus home, Hannah begins halfheartedly going through the motions of their choreographed dance as each of her friends slowly joins in. 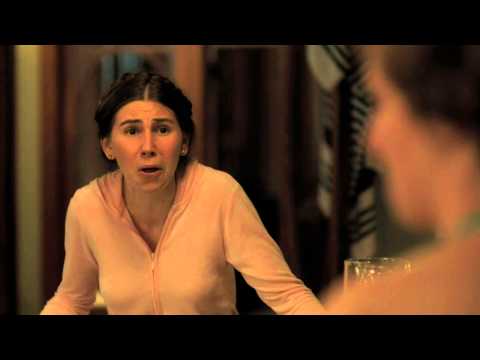