Hannah meets with her e-book publisher who hates the pages she's sent him and wants her to novelize her sexual escapades instead.Marnie shows up at the Forbid office, annoyed with Charlie for missing their lunch date. To make it up to her, he invites her to a company party in celebration of Forbid hitting 20,000 monthly average users.

An anxious Hannah holes up in her empty apartment to work on her e-book as the pressure mounts.  After getting, then removing, a splinter in her butt, she goes too far with a Q-tip while cleaning out her ears and has to visit the emergency room alone. The doctor tells her she has an abraded eardrum, worsening her anxiety.

Adam and Natalia, now officially a couple, go to her friend's engagement party in a Brooklyn bar. The experience proves awkward and uncomfortable for Adam, sober and out of place.

Marnie attends the Forbid party with Shoshanna and Ray, who's hostile to Charlie in the face of his success. Shoshanna spends the night avoiding Ray and flirting with other guys, including-accidentally-Charlie.

On her way home from the ER, Hannah runs into Adam outside of the engagement party.  He's concerned about her well-being, and she is upset to discover he has a new girlfriend. When Adam goes back inside, he orders a drink, telling Natalia he just wants to have a good time with her.

Marnie commandeers the mic at the Forbid party, singing a dramatic and ill-advised arrangement of Kanye West's "Stronger" in honor of Charlie's premature success. Post-performance, Charlie confronts Marnie, telling her to get her s*** together, and the two have fast and furious sex on his desk.

Ray confronts Shoshanna about her strange behavior over the last week. She half confesses to her infidelity by telling him that she held hands with a doorman and is worried that Ray thinks she's a whore. Amused, Ray asks if she still wants to be with him, and feeling cornered, Shoshanna says yes.

An inebriated Adam takes Natalia back to his cluttered, dark apartment, which creeps her out. He orders her to get on all fours and crawl to his bed, where he pressures her into aggressive, degrading sex. When Natalia tells him she didn't enjoy it, Adam, realizing he's crossed a serious line, asks if she's done with him.

Home from the ER, Hannah's mental health continues to deteriorate as she fixates on cleaning out her good ear. 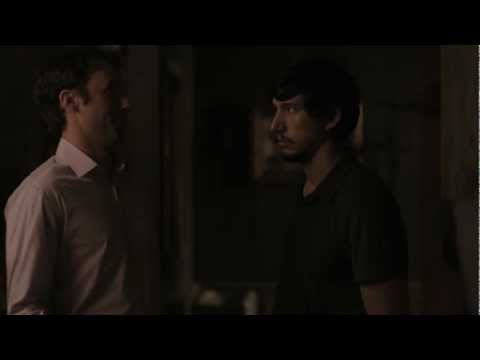 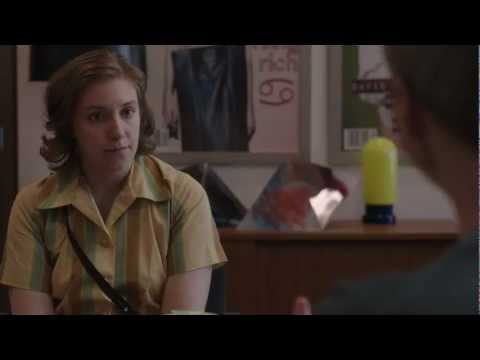