The girls attend a book launch party for Tally Schifrin, Hannah's college nemesis. Hannah complains about Tally's lack of talent and her good fortune in stumbling upon writing material (her boyfriend committed suicide by crashing a car while on Percocet). At the party, Hannah sees Powell Goldman, her favorite writing professor from college, and he invites her to take part in a reading the next night.

Unable to sleep that night, she realizes that her anger at Tally is in fact anger at herself for not taking risks. She decides to show up to the reading.

Inspired by a paragraph in Tally's book, Shoshanna decides she needs to start living, since "we never know how much time we have left." She creates an Internet dating profile and makes a day date with a Jewish product manager named Bryce.

Jessa gets a surprise visit from Jeff's wife Katherine, who asks her to return to her babysitting job and confirm that she did, in fact, cut it off before anything happened with her husband. She also suggests that the reason Jessa gets herself into dramatic situations with older men is to distract her from focusing on who she really wants to be.

Hannah shows up for a new job at Café Grumpy wearing a white dress, and Ray (who hired her) sends her home to change into a cute top and jeans with a slim leg. She returns for her training and after talking to Ray decides her hoarder story is trivial, since it is about fear of intimacy and not something meaningful, like death. She shows up late to the reading and instead reads something she wrote on the subway.

Powell is unimpressed and wishes she'd stuck to reading her hysterical hoarder story.

When Hannah comes home upset from the reading and tries to talk about it with Marnie, she gets shut down. The friends fight, venting pent-up resentments and judgments, culminating in the declaration that neither one of them wants to live together anymore. 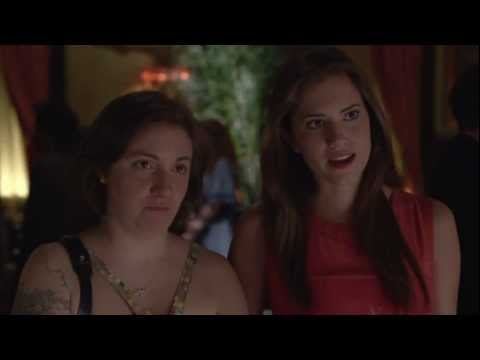 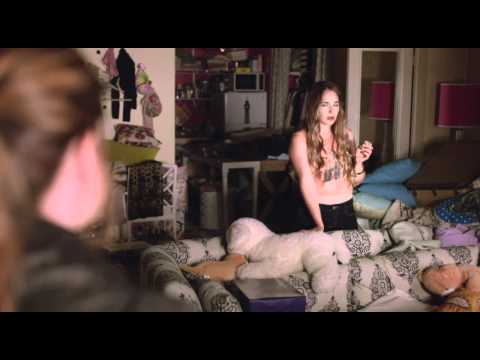