A depressed Marnie clicks through Facebook photos of Charlie's trip to Italy with his new girlfriend as the sounds of Hannah and Adam's morning sex come through the wall.

Adam empathizes with Marnie's heartbreak and advises her to do what makes her happy before he and Hannah head to the tech rehearsal for his play. Jessa stops by the apartment, but Hannah's blown off the plans they'd made to help Jessa get over losing her job. Instead, Marnie and Jessa bond over Hannah's flakiness and Adam's weirdness. "Is he a great thinker or a total f**king idiot?" Jessa wonders. Jessa tells Marnie she's never looked better, all stripped down (and totally depressed).

At tech, Hannah watches Adam rehearse a monologue about his childhood. When he gets to the two-man part of the piece, he argues with his collaborator Gavin and quits the project. On the walk home, Hannah urges Adam to do something else with his monologue, but their conversation stops short when a car comes close to hitting them. He flips out at the driver, embarrassing Hannah. Back at his apartment, he creeps up behind her in the shower and then pees on her, further freaking her out.

To get Marnie "out of her head for awhile," Jessa and Marnie go out to a Williamsburg bar and bond over stories of losing their virginity-Marnie at age 14, Jessa at 17. A venture capitalist named Thomas-John hits on them, and while Jessa finds him boring, Marnie is intrigued. He invites them back to his fancy, new apartment and plays them a mash-up album he's working on. When he comes on to them, Jessa tries to make an exit, but Marnie kisses her. Jessa returns Marnie's affection but blocks Thomas-John from join ing in. In the process, Marnie knocks over a glass of wine on his expensive rug, and Thomas-John flips out. The girls make a hasty exit.

That night, Adam drags Hannah out of bed to show her that he is plastering the corner where she was nearly hit by a car with "sorry" signs, in hopes that the driver sees it. He's going to do the play, so that she can see it. 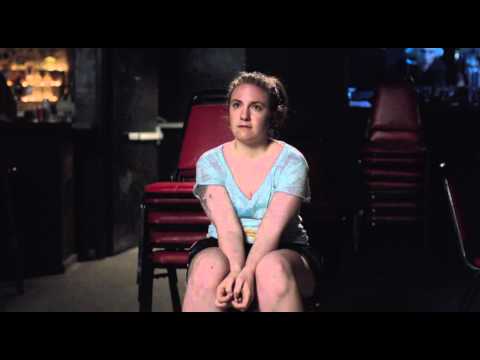