Carter has a romantic honeymoon planned for himself and Allison, but when they arrive at a dilapidated cabin instead of a plane bound for a tropical island, Allison can't hide her frustration. She finally gets on board with Carter's idea to renovate the cabin, left to him by the previous sheriff. As they're making their way through the estimable list of problem areas, the floorboards break beneath Carter's feet, revealing a safe with top-secret files inside. Carter hands them off to Deputy Andy, saying he and his bride are officially off-duty.

Andy is so thrilled to be entrusted with such responsibility that when he tells Jo that the files regard Beverley Barlow's co-conspirators, he can't keep the secret - he spills it in front of Vincent, who, in turn, tells the whole town. There's a holographic disc in the file, so Henry's help is enlisted to open and read it to find out who else was suspected. Andy once again spills the beans to Henry, who can't help but tell Grace.

The only Eureka residents who don't seem to know about the once top-secret files are Carter and Allison, mostly because they're fighting over whether the fixer-upper cabin is charming or disastrous. Allison pines for a beach vacation, or at least a bathroom with running water instead of mud. Carter finally sees that compromise needs to be made, and turns on his PDA in order to arrange a romantic getaway. But when he does, he finds dozens of urgent messages, and not all of them are about the espionage situation - some are about Holly and the download of her consciousness into her newly-printed body. Henry, Zane, and Fargo are working on the project, and Grace, who is an organic programs specialist, has returned to help out.

Holly's mind is integrating with her body, but it's not coping well with reality. She keeps thinking she's trapped in the matrix again. Fargo and Zane have partially managed to convince her that the matrix has been destroyed, but she can't hold on, and when Carter shows up to help, Holly flips out. Thinking he's an NPC sent to kill her - again - she draws his own gun on him. Fargo narrowly manages to talk her down, but it's clear that he will have to acquiesce to the very dangerous procedure of rebooting her consciousness.

Henry and Jo are dealing with a separate crisis when they catch Grace trying to steal the holographic disc. Jo used Vincent as a plant to spread gossip about the espionage case while she and Henry laid in wait to see who would try to sabotage the investigation. Grace goes quietly to a holding cell, but when Henry visits her later, she admits that she helped Beverley before her methods got dangerous, but the one she was trying to protect with her theft wasn't herself - it was Henry. He's floored to learn that his alternate timeline self would do such a thing, and his heart twists as he tries to make sense of this woman he didn't know, but thought he did.

Allison, seeing that Holly's reboot has gone well and she and Fargo are getting some much-needed alone time, returns to her own debacle with Jack in the woods. They agree to truly compromise: they'll get the cabin into livable order together, but their next vacation has got to be Fiji. 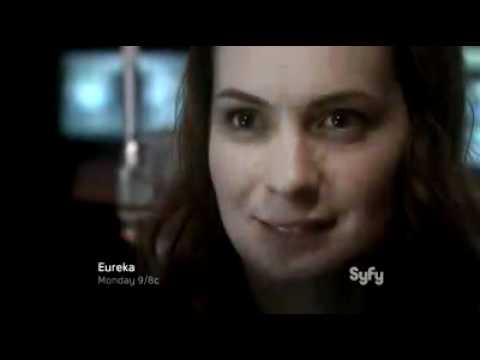