At the smart house, everyone's a little skittish: Allison because Jo is still living with Carter, Carter and Jo because Allison's skittish, Jenna and Kevin because Carter is cooking, and SARAH because... well, who knows, but something called "RF interference" is causing her to burn the toast.

Carter and Allison have a lovely day planned for the kids, but this being Eureka, it gets interrupted when a giant fireball is loosed in GD. Parrish had been developing what he calls a firefly, a collection of nanoparticles designed to extinguish fires, but when he gets into a fight with Zane, the firefly goes crazy and does the opposite of whatever Parrish directs it to do. Carter tries to catch it, but it escapes his clutches and flies away. The only chance they have of catching it is to follow it to whatever heat sources it might attempt to extinguish.

But its rebelliousness goes even further: sometimes, it puts out fires (or energy sources, like lights and computers), but sometimes, it lights them. Carter corners it near GD's reactor just as Parrish is about to coax the firefly back into containment, but when Carter takes a swipe at it, he splits it in two, and the twin fireflies escape into the town.

Carter orders everyone to turn off any devices - cars, TVs - that might attract the fireflies, then goes hunting for one with Zane. While Jo and Henry search for the other, they discuss how strange the Astraeus crew members, specifically Zane and Grace, have been acting. Using a remote control, they swiftly catch one and report back. But Zane and Carter are having a harder time - their firefly is still in its defiant stage.

They determine that the fireflies are responding adversely to the brainwaves of the people who were jacked into the matrix program - they are emitting zeta waves, which reverse the fireflies' programming. They locate it by finding the only strong source of heat left in Eureka - Carter's house, where Jenna and Kevin are waiting for their mother's imminent arrival.

Carter and Jo fly to the house, but the firefly precedes them. SARAH is also affected by the zeta waves, and cannot open her doors. Jenna and Kevin are trapped inside a flaming building, but Jo and Carter pull them out to safety.

But the firefly is still on the loose, and there are still more Astraeus alums out there who could be attracting its wrath. Jack takes his Jeep and a firefly trap and tries to lure the firefly away, but when it's clear he's no match for it, Jo steps in with the plasma net gun - invented in the matrix - to trap the particle ball.

When Allison sees how much Jo does for the town, she overcomes her awkward feelings and urges Jo to stay. Jo takes this to heart and lets Zane know that she wants to really try a relationship. Grace still can't bring herself to face Henry, but Parrish manages to smooth away some of Fargo's grief by being a friend, maybe for the first time in their relationship. 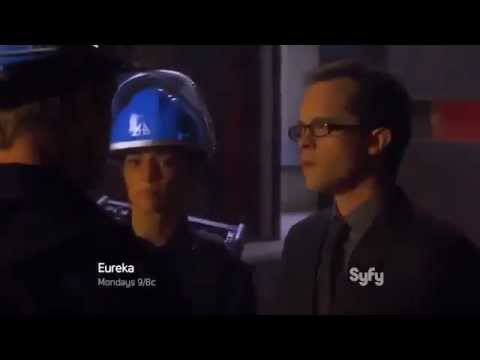 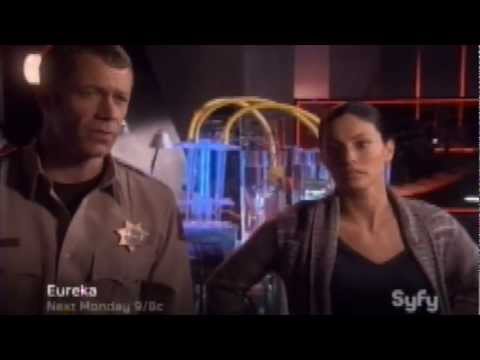