Jack and Henry are searching tirelessly for Allison and the rest of the Astraeus crew, but when Senator Wen calls off the search, Kevin is the one who goes to desperate measures. He steals some particle detectors from an unsuspecting scientist and starts to build a strangelet detector - a device that could pick up the energetic path left by the Astraeus. When Jack finds out that Kevin stole top-secret devices, he orders them returned at once, despite Kevin's protestations that his device could find the crew.

And in the virtual Eureka, a dragon is hatched out of the Astraeus, making everyone's logic meters go haywire. They manage to catch the dragon with a plasma net, but not before Allison and Holly both see it de-rez to a computer-generated sketch for an instant. It leaves a nasty scratch on Holly's arm, thereby convincing her it's real, but later that day, she notices the wound disappear, then reappear.

Her brilliant mind works quickly. She innocently postulates to the virtual Carter that all the citizens of Eureka could be living in a highly sophisticated virtual reality without even knowing it. Carter moves towards her and in the dream world, while in the real world, Senator Wen - a conspirator with Beverly Barlowe all along - unplugs Holly's life support.

When Henry finds out what Kevin had designed, he sees that it could work. He convinces Jack and the whole town to pitch in and finish it. Unfortunately, this requires more theft, but this time Jack and Andy take on the responsibility and rob a generator from a government lab. They get the device working, but when searching the skies yields no results, they're desperate - or inspired - enough to search the ground. They're able to make out the path of the Astraeus, and even though Wen finds out, she can't muster a good excuse to keep them from searching for the crew.

But at the end of the path, only the ship is found - all the crew members have been ushered away. As Jack comes to the realization that someone tipped off the kidnappers that a rescue team was on the way, Wen's calm visage comes to his mind, and he realizes that she must be involved with the hijacked launch. Now the challenge that lies before him is to find the Astraeus crew without Wen knowing anything about it. 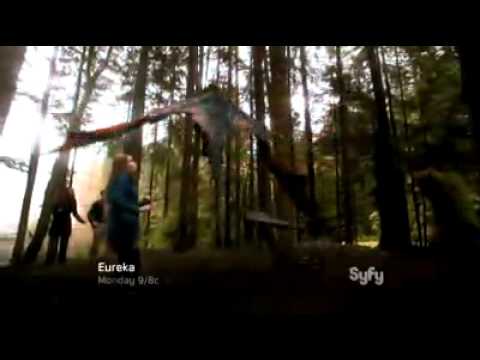