Senator Alice Wen is ramping up pressure to move forward with the mission to Titan, and it has all of Eureka off balance. Henry and Grace are arguing over whether a necessary but risky heart procedure is worth going to space for. Dr. Saint-Augusta cranks up her rate of production in order to complete the Astreus vessel according to the new timeline, and Dr. Fung's accelerated schedule causes some disturbances in the interstellar communication device he's working on - frequencies from his device are causing mini-earthquakes throughout the building.

Wen enlists Carter's help for extra security at GD. Carter's not sure which is worse: having to leave his sheriff work behind, or having to wear a suit. Allison's ready to go back to work after freeing her brain from Beverly Barlowe's grip, but Senator Wen insists she needs more rest. This causes friction between her and Carter, who agrees with Wen's assessment. But when Carter nearly falls into an elevator shaft, the focus shifts. It seems anything in GD made of tungsten (for example, the elevator) is disappearing, then reappearing in another form.

Carter and Deputy Andy deduce that the robotic mites assigned to building the Astreus craft have somehow gone into overdrive and are building as many spacecrafts as possible. Zane, the only person who understands how to stop them, is nowhere to be found.

Deep underground, on the labyrinthine Level Q of Global Dynamics, Zane is the X factor in the psychological fortitude testing of four Astreus candidates: Holly, Dr. Parrish, Fargo and Jo. Unbeknownst to the quartet, Zane is there as the wild card, to ramp up the psychological pressure. But when the mites chew through the tungsten panel supplying power to their externally sealed compartment, Zane realizes the simulation has gone wrong, and they must find an ingenious way to get themselves out.

Their jerry-rigged device to bypass the external lockdown almost works, but Holly gets stuck in the tiny opening to the tiny compartment. Allison finally prevails on Wen to let her guide Carter from a safe location as he finds his way to the trapped test subjects. She's the only one who knows the maze of Level Q well enough to make sure he's safe. Wen agrees, and as doors disappear and reappear around him, Allison uses an earpiece to direct Carter right where he needs to be. He triggers a sonic blast that arrests the mites' activity, halting any further destruction of the facility, and saving his friends' lives.

Balance has been restored. Allison is back to being interim director of GD, and her relationship with Carter is on the upswing, too. Holly, thoroughly disgusted with Parrish's childishness during the crisis and impressed with Fargo's gentle leadership, plants a sweet kiss on her sweet suitor. Jo goes to bat for Zane, who showed real humility, and he assures her that she is more than smart enough to be on the mission. And Henry and Grace decide that their life together is worth more than an interstellar voyage. 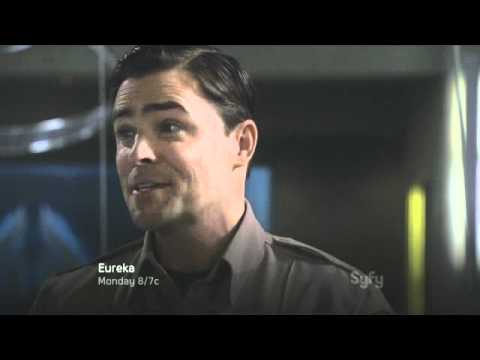