Carter is preparing for a visit from Zoe, and Zane, having dallied with her heart before getting involved with Jo, is nervous. Carter is a bit on edge, himself, since Allison is behaving so strangely, but since she's about to take over as head of GD, and has just spent days inoculating everyone in Eureka against galactic viruses, she blames it all on her workload.

Jack is unconvinced, and enlists the help of Henry and Zane. In her medical file, they discover the neural implants in her brain, though they don't know who placed them there. Jack lures her to the jail and locks her in the cell, demanding to know who she really is, but this forces Beverly's hand and she fires a non-lethal weapon that puts everyone in town in a short-term coma. She steals Jack's keys and shuts down GD's security so she can steal all of their data.

Jo decided to pick up Zoe from the airport in an attempt to smooth things over on the Zane front, but when they reach the city limits and find everyone passed out, they see they have bigger problems on their hands. Jo realizes that the inoculations are to blame, and Zoe's first move is to find her dad and take him to the infirmary. There, they see the limp bodies of Zane and Henry hunched over Allison's medical log and realize that Allison is both awake and unwell.

Zoe tries to find a reversal to the strange sleep of the town while Jo looks for Allison, but when she finds her, Beverly wastes no time removing this new threat - she knocks her cold with a stun gun and locks her in a cell. Beverly soon realizes that Zoe is on the premises and sends her henchmen to neutralize her, but Zoe outwits them, then finds and releases Jo. The two are still on uneasy terms, but they have no choice but to keep working together - Zoe has deduced that Beverly is the one controlling Allison, and they must stop her.

Jo sees that Beverly has tapped into the data stream, and rushes to the core room to stop her. Allison is fighting Beverly's control, but even with this impediment, Beverly manages to steal the main drive. Jo catches up with her and blasts her with the stun gun, saving Allison and the mainframe, though there's no telling how much data Beverly might have secured in the fracas, or where she may be hiding.

As Eureka returns to normal, Allison struggles to find peace with all the damage she was forced to cause. Carter, seeing that Zoe is shaken not just from the day's adventure, but also from heartbreak, decides that this is the time to ease both of their burdens and tell her about the alternate timeline.

Jo and Zoe return to Eureka only to find the entire town incapacitated and communications cut off. 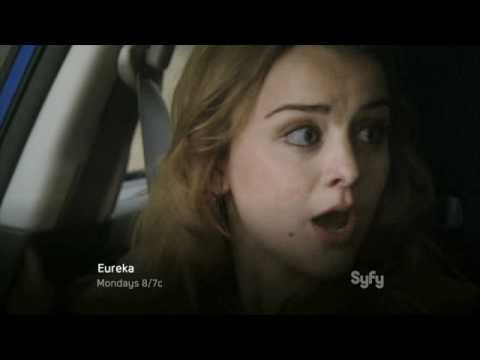 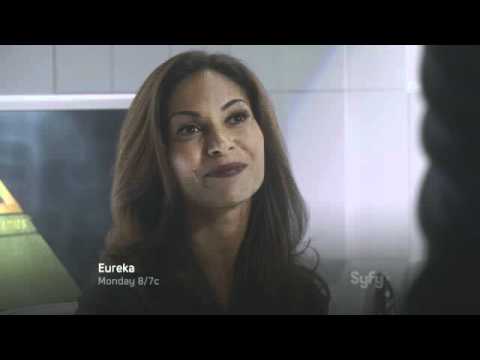