The 'Good Morning America' anchor looks in good spirits as she walks her beloved pooch around her New York City neighborhood amid her absence from the ABC show.

AceShowbiz - Amy Robach has been seen for the first time after she was taken off the air following her affair scandal with her colleague T.J. Holmes. The "Good Morning America" co-anchor was spotted walking her dog solo in her first sighting amid her "GMA3" absence.

The 49-year-old stepped out to walk her poodle pooch around her New York City neighborhood on Wednesday, December 7. She looked completely unfazed by the drama stemming from her relationship with T.J. as she flashed a smile when noticing the paparazzi.

For the outing, Amy dressed up in a denim jacket with the collar up over a white low neck top and olive green cargo pants in photos obtained by Page Six. The anchor topped her look off with light brown heeled boots while her hair was pulled back and she held her phone in one hand. She appeared to wear little to no makeup. 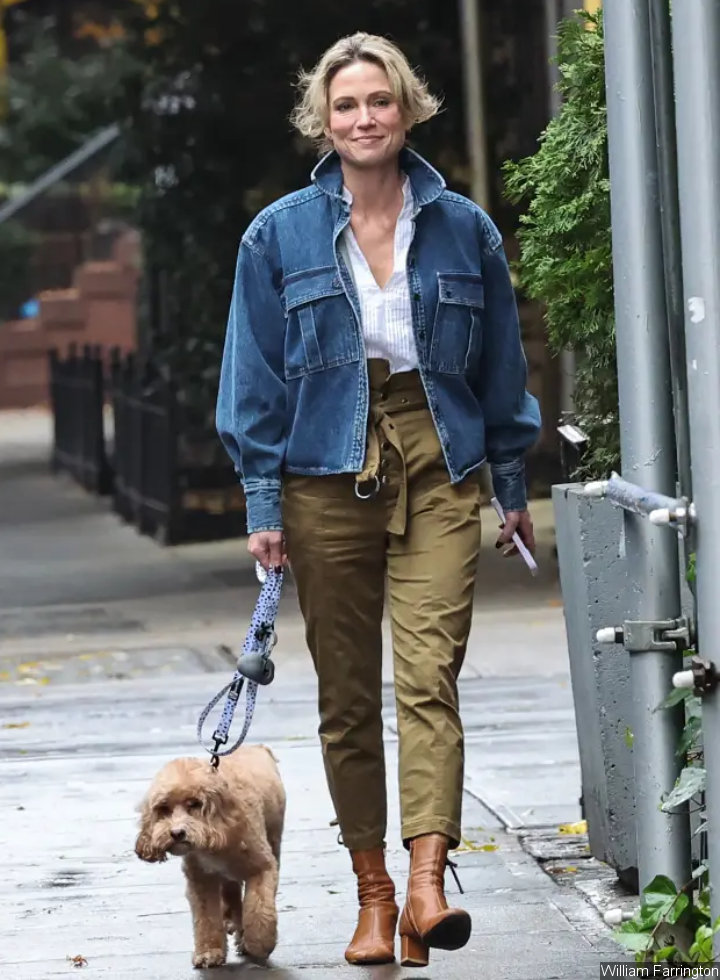 Amy Robach walked her dog around her NYC neighborhood amid her 'GMA' absence.

Amy and T.J. were taken off the air following the bombshell expose of their romance. ABC News' President Kim Godwin made the decision to temporarily bench the two anchors after their relationship has caused "internal and external distraction."

"I'm going to talk about something that has become an internal and an external distraction: The relationship between two of our colleagues," he told staffers during an internal call on Monday, December 5. "And so, I want to say that while that relationship is not a violation of company policy, I have really taken the last few days to think about and work through what I think is best for the ABC News organization. And so, for now, I am going to take Amy and TJ off the air, while we figure this out."

He explained, "These decisions are not easy, they are not knee jerk, but they are necessary for the brand and for our priority which, you guys know, are all of is-the people here at ABC."

ABC's Gio Benitez and Stephanie Ramos fill in for T.J. and Amy during their absence.

While the pair's future on "GMA" is still undecided just yet, T.J. has received support from his former CNN colleague Don Lemon. "I'll say this, I know T.J., I worked with T.J. at CNN, so I have nothing but love for him and I hope that he's OK," Don told Entertainment Tonight on Tuesday at the Ripple of Hope Gala in New York.

The "CNN This Morning" host added, "I don't know about their situation, I'm not privy enough, but I just like to offer people love and support and I hope that they're OK and hope that they continue to prosper."