The Blink-182 drummer is seen wearing a protective boot after informing his online followers of his wound and posting on social media an X-ray picture of his injured foot.

AceShowbiz - Travis Barker suffers from a broken toe. Taking to Instagram, the 47-year-old drummer revealed an X-ray image of his snapped bone. "BROKE MY TOE," he captioned the Instagram Story picture. He also posted a picture of himself having a protective boot fitted to his left leg.

Still, the toe injury didn't stop the Blink-182 star from playing his beloved drums ahead of their 2023 and 2024 reunion tour. The stickman shared in another Instagram Story a video of himself smashing away at his drum set while wearing his protective boot. 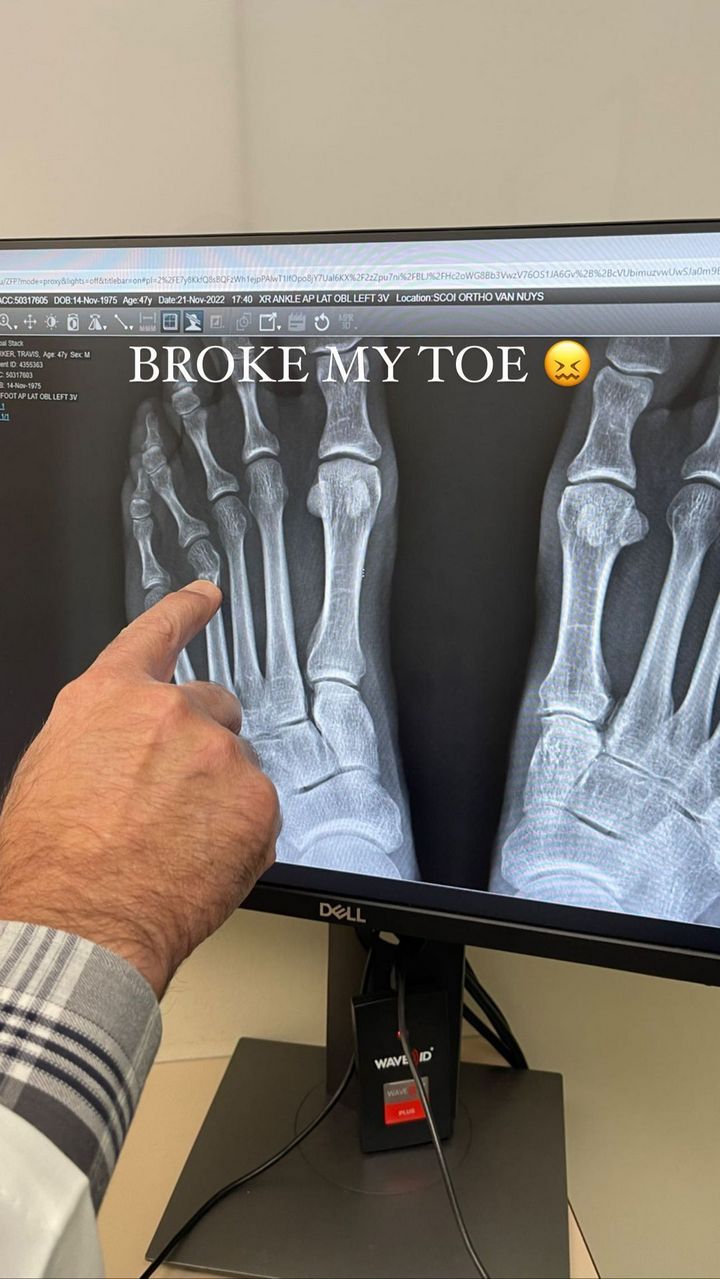 Travis turned 47 last week and he recently headed to Tennessee with his wife Kourtney Kardashian to celebrate his birthday. He wrote on Instagram, "Spent my Birthday in Tennessee." The pair even sparked speculation they might relocate to the US state. Kourtney wrote, "Let's move there," and Travis replied, "Yesssss (sic)." 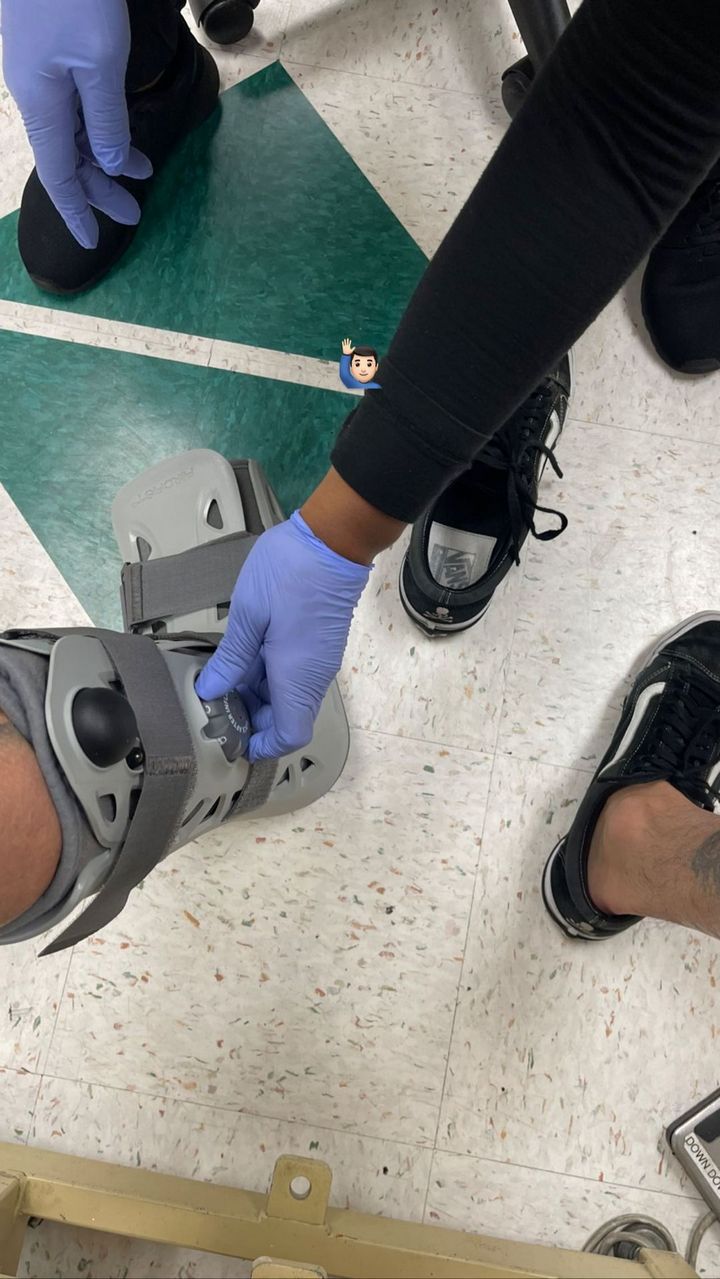 Travis Barker wears a cast on his injured foot

But Travis had some bad news earlier this month when his dog died. The drummer posted a tribute to his French Bulldog Blue while his daughter Alabama - whom he has with ex Shanna Moakler - revealed how their pet pooch helped her "on [her] darkest days."

He shared pictures of their dog on Instagram, and wrote, "I'll miss you Blue. You were the best dog. I was always waiting for you to say something. Love you 4ever boy (sic)." Alabama, 16, posted pictures and videos on her own Instagram Story, and remembered how Blue would "run with excitement" when she threw his ball.

She said, "You will never understand how much you helped me on my darkest days...You slept next to me, the way I would throw your ball and you would run with excitement, or the eyes you had that just touched everybody, I'll never forget you my baby. I know you'll have the most amazing time up in doggy heaven. Until we meet again my love."

She also posted another tribute on TikTok, saying she loves the late pup "more than life itself."

Quentin Tarantino: Go Watch Something Else If You Have Issues With N-Word in My Movies