'Chrisley Knows Best', its spin-off 'Growing Up Chrisley' as well as a planned series have reportedly all been scrapped after the pair are sentenced to 19 total years in prison for bank fraud and tax evasion.

AceShowbiz - Todd Chrisley and his wife Julie Chrisley lost three family TV shows following their prison sentence. According to a new report, "Chrisley Knows Best", its spin-off "Growing Up Chrisley" as well as a planned series have all been scrapped after the pair were sentenced to 19 total years in prison for bank fraud and tax evasion.

Deadline reported that "Chrisley Knows Best", which debuted in 2014 and aired for nine seasons, was axed though NBCUniversal has yet to issue an official statement. The series, which was renewed for a tenth season a month before the convictions, followed real estate "tycoon" Todd. It's said that USA Network will air a handful of episodes, which were filmed before the trial, from this season next year.

As for "Growing Up Chrisley", the news outlet also shared that the spin-off, which followed the couple's kids Chase and Savannah, was also canceled. The show aired its first three seasons on USA Network before moving to E! for its now-scrapped fourth season.

The family also lost their third TV show, "Love Limo". Prior to this, E! ordered the dating show which was set to be hosted by Todd. The show was supposed to feature a group of singletons putting their dating life into his hands.

On Monday, November 21, Judge Eleanor Ross sentenced Todd to 12 years in prison, while Julie was sentenced to seven years. The couple will reportedly have to serve 16 months of probation as well. Prosecutors previously recommended nearly 22 years behind bars for the 53-year-old TV star and 12 years for 49-year-old Julie after they were found guilty of multiple charges in June.

"The Chrisleys have built an empire based on the lie that their wealth came from dedication and hard work," prosecutors wrote in a sentencing memorandum on November 16. "The jury's unanimous verdict sets the record straight; Todd and Julie Chrisley are career swindlers who have made a living by jumping from one fraud scheme to another, lying to banks, stiffing vendors, and evading taxes at every corner."

After the jury reached a verdict, the couple's lawyer, Bruce Howard Morris, said he was "disappointed" and noted that "an appeal is planned." A source, meanwhile, claimed at the time that "the entire family is devastated about the verdict" as they "[weren't] sure what this means for the future of 'Chrisley Knows Best' and other projects."

The insider went on saying, "No one knows what's going to happen or what to do at this stage. Any future planning in Todd and Julie's life is pretty much on pause until they learn of the sentencing in the fall. It's horrible news and they were not expecting to be found guilty. Their whole life changed in that moment." 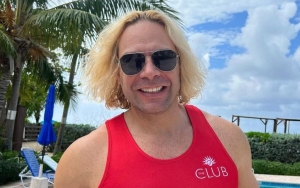