Bob's eldest daughter ties the knot with Andy Kabel in Tulum, Mexico, during which the late actor's widow Kelly Rizzo and other guests pay tribute to him by holding up cigars.

AceShowbiz - Bob Saget's daughter has just started a new chapter in her life. Aubrey Saget, the eldest daughter of the beloved actor, married her longtime boyfriend Andy Kabel in a beautiful destination wedding in Tulum, Mexico over the weekend.

Many of Aubrey's loved ones were present for the tropical ceremony, including her sister Lara Saget and Bob's widow Kelly Rizzo. In a picture posted on Lara's Instagram Story, the bride and the groom were holding hands at the altar with the backdrop of the beach and the ocean.

"Love you so @aubreysaget @andykabel," so Lara gave a shout-out to the couple. Aubrey wore a white satin off-the-shoulder dress, while Andy opted for a tan suit for their nuptials. 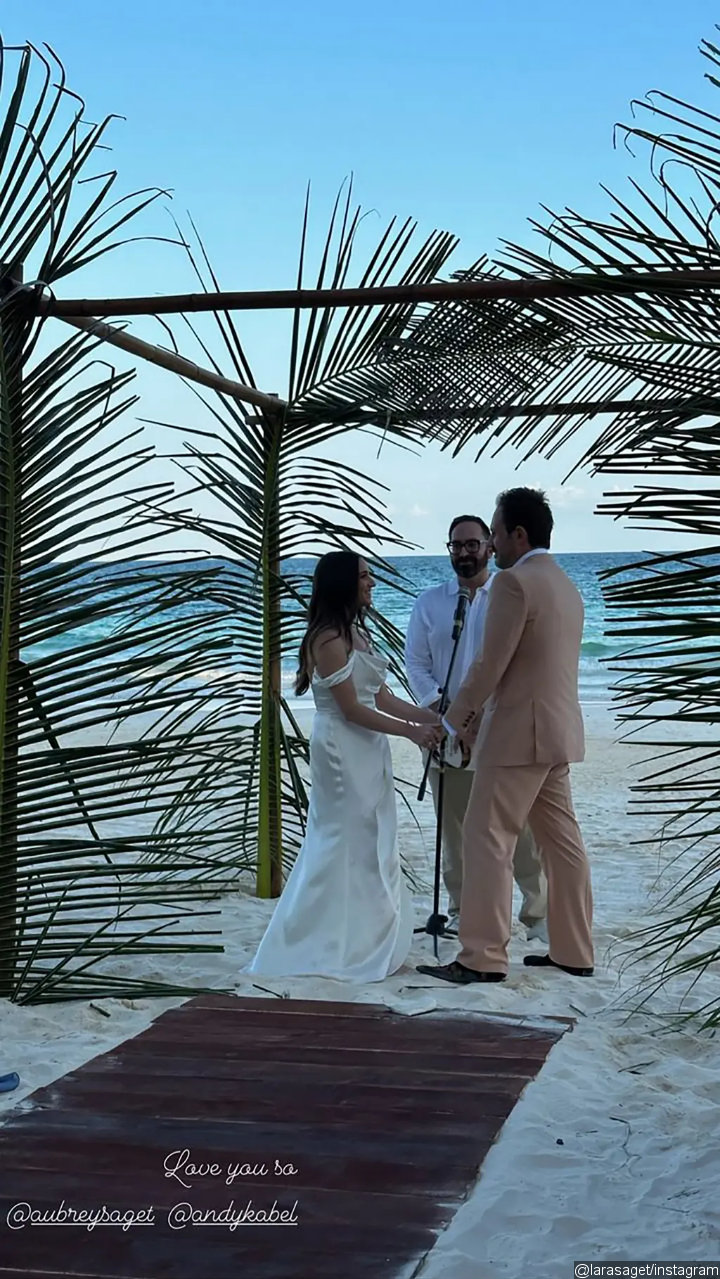 Kelly also took to her Stories to share some photos from the wedding, including one that featured her posing with the bride. "I love you so very much @aubreysaget," she captioned it.

In another snap, Kelly and other guests honored her late husband by holding up cigars. "Saluting Bob with his favorite things... A good cigar," the "Eat Travel Rock" blogger wrote over the picture with her friends. 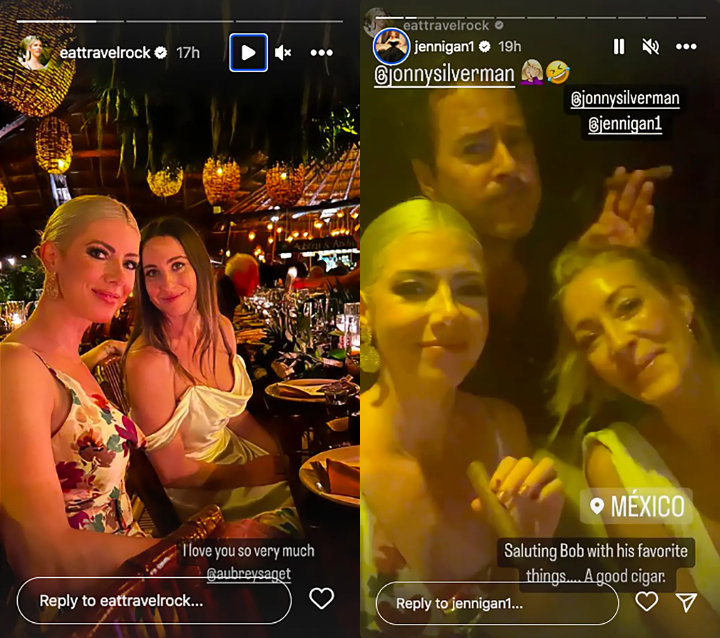 Aubrey and Andy got engaged in December 2020. "I said yes. [a ring emoji]," Andy captioned a photo of the couple standing in White Sands National Park. At the time, Bob reacted to the news by commenting on the post, "With my blessings!!!"

The wedding comes ten months after Bob died suddenly on January 9. He was found dead in his Orlando, Fla. hotel room just hours after performing a show as part of his tour in Jacksonville. According to a medical examiner's report, the "Full House" alum died as a "result of blunt head trauma."

Six months after Andy's passing, Kelly paid a touching tribute to her late husband on social media. "6 months without my best friend, my travel buddy, my loving husband. 6 months without your silliness, laughter, music, cuteness, caretaking, sharp wit, thoughtfulness, cuddling, and warmth," she wrote along with a montage of their silly moments together.

She continued, "But it's also been 6 months of looking for silver linings, learning how to brave the world without you, 6 months of care and compassion from so many who love you, 6 months of getting even closer to your magical daughters and trying to all be strong together. 6 months of continuing to love, laugh, and live because that's what you would want...what you'd insist upon."

"Even though you'd want to make sure that we all still miss you...and dear God do we ever," the video creator added. "We miss you so much, every day. Love you honey, the world still isn't the same without you."