In an Instagram Story post, the former 'Glee' star explains why she has to pull out of the Broadway revival of the classic musical, in which she stars as comedienne Fanny Brice.

AceShowbiz - Lea Michele had to miss a performance of "Funny Girl" after sustaining a back injury. The former "Glee" star had to pull out of the in a Broadway revival of the classic musical, in which she stars as comedienne Fanny Brice, on Friday, November 11, just two hours before curtain up and promised she will be back tomorrow.

The 36-year-old actress tweeted, "Hey everyone. Unfortunately, I will be out of Funny Girl tonight. I hurt my back and my doctor is requiring me to rest tonight or else I would be there. I will be back tomorrow. Love to all." 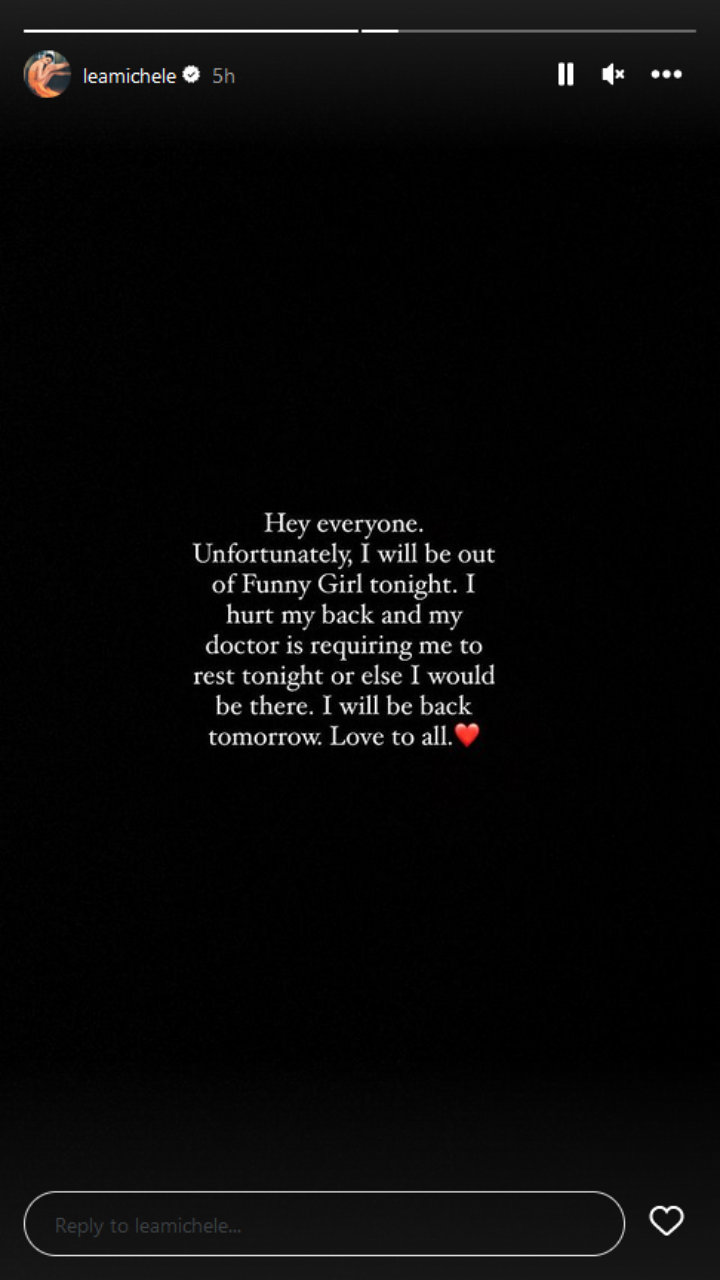 She was temporarily replaced in the role, which was made famous by Barbra Streisand in the 1964 film, by understudy Julie Benko and the official team behind the production released a statement of support for their leading lady as she recovered.

Sending all of our healing wishes to Lea Michele, who will be out of tonight's performance. The amazing Julie Benko (@jujubee) will be on as Fanny," the statement read.

Lea, who played ambitious wannabe Broadway star Rachel Berry on the hit Fox TV series, recently explained that she is "having the time of her life" starring in the musical that features standards such as "Don't Rain on My Parade" and "I'm the Greatest Star."

She said, "I'm loving living in the bubble that is the safe home and space of this theater and this cast. If I did not know and feel the support that I have from everyone, this would be very scary for me. I'm literally having the time of my life."