Taking to their respective social media accounts, the Blink-182 drummer and his 16-year-old daughter, whom he shares with ex Shanna Moakler, mourn the death of their beloved pup.

AceShowbiz - Travis Barker and his daughter Alabama Luella Barker are mourning the death of their beloved dog. The Blink-182 drummer has posted a touching tribute to their French Bulldog Blue, while his daughter, whom he has with ex Shanna Moakler, revealed how the pet pooch helped her "on [her] darkest days."

The 46-year-old rocker shared pictures of their dog on Instagram, and wrote, "I'll miss you Blue. You were the best dog. I was always waiting for you to say something. Love you 4ever boy. (sic)"

Alabama, for her part, shared pictures and videos on her own Instagram Story. The 16-year-old girl also remembered how Blue would "run with excitement" when she threw his ball.

She said, "You will never understand how much you helped me on my darkest days... You slept next to me, the way I would throw your ball and you would run with excitement, or the eyes you had that just touched everybody, I'll never forget you my baby. I know you'll have the most amazing time up in doggy heaven. Until we meet again my love." 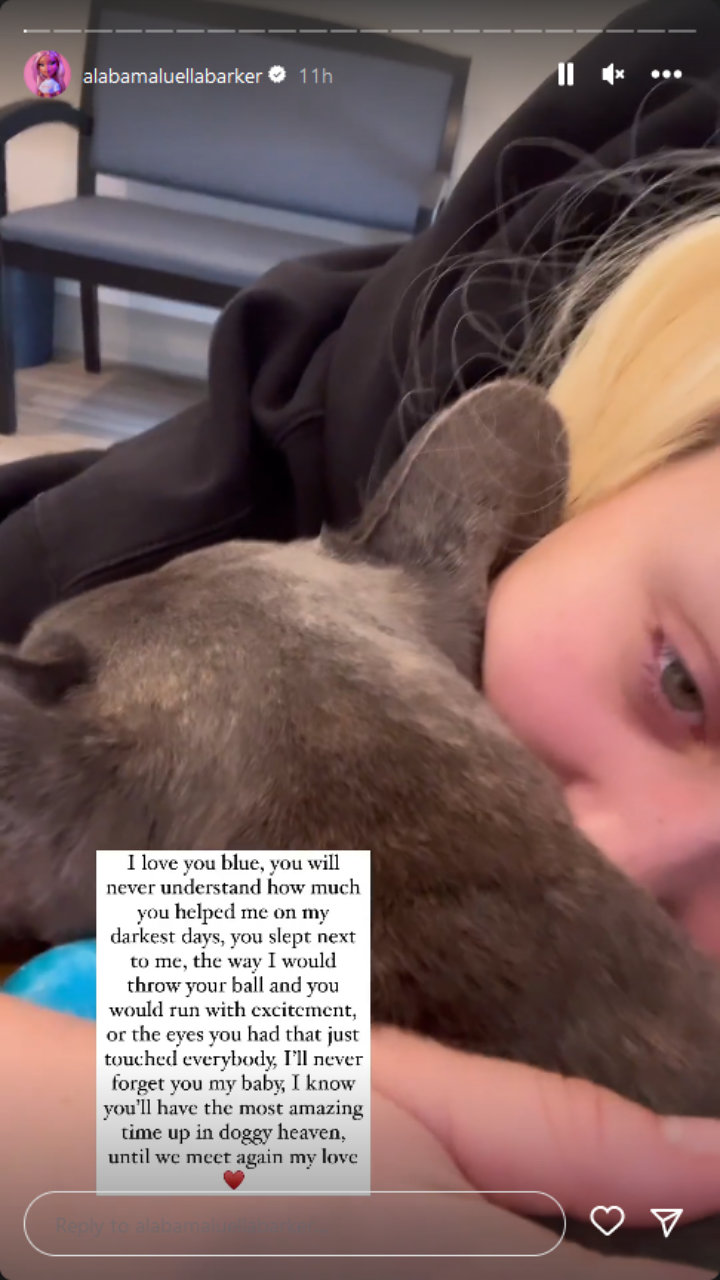 Last month, it was revealed Travis, who is married to Kourtney Kardashian, and his Blink-182 bandmate Mark Hoppus are reuniting with Tom DeLonge after seven years where Alkaline Trio singer Matt Skiba took his place.

In 2023, the original lineup will come together for a world tour, with plans for a new studio album following the release of their latest single "Edging". The trio met up before Mark was undergoing treatment for cancer last year and Mark revealed that the three were in a good place earlier this year.

He said of the band's relationship, "It's actually better than it used to be. There was no agenda (when they met up). There were no lingering grudges. It felt very back to what it should be: three friends sitting in a room."

Spice's Booking Agent Denies the Dancehall Singer Is in Coma