When hopping on Instagram Live with Tory, the 52-year-old Bad Boy Records founder also hails the Canadian singer/rapper as one of his 'favorite RnB artists.'

AceShowbiz - Sean "P. Diddy" Combs made Tory Lanez amused by his recent confession. The "Chauffeur" emcee could not help but laugh after Bad Boy Records founder admitted that he likes to listen to Tory's music during sex.

"I'm on a love frequency, but you know I got a mean toxic side to me," Diddy told Tory during an Instagram Live. "And n***a, when I throw that PLAYBOY [Lanez' 2021 project] on, I can leave that b***h on muthaf**kin' repeat and really let it do its thing."

Hailing the Canadian rapper as one of his "favorite R&B artists," the 52-year-old went on to share, "That's what I'm listening to in the crib when I'm getting … when I'm doing my thing." He added, "You know what I'm saying, with my lady, when I'm just, mmmmmmm, when I'm in that muthaf**kin' vibe."

Tory couldn't help but laugh upon hearing Diddy's confession. The latter went on to share, "And everybody gotta stop fronting. When they get in that vibe, they know they go get some of that Tory Lanez. Tory Lanez got a good six joints on the smashing playlist."

Diddy recently created a debate after declaring that "R&B is muthaf**kin' dead as of right now." He also said on August 17, "The R&B I made my babies to? R&B gotta be judged to a certain thing. It's the feeling though, doggy. No, no, no. It's a feeling. You gotta be able to sing for R&B and then you gotta tell the truth. R&B is not a hustle. This s**t is about feeling your vulnerability."

Explaining more, Diddy said, "You gotta muthaf**kin make a n***a d**k hard or a woman's vagina wet. You gotta cry. You gotta be able to get your girl back. I don't wanna hear all this bulls**t." The hip-hop mogul continued, "It's our fault for accepting anything less for anybody getting on a mic. I feel like there was a death of R&B singing, and I'm a part of bringing that s**t back! I ain't feelin' no emotions." 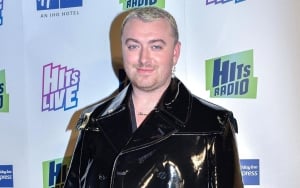