It has been confirmed that the POTUS has contracted the respiratory illness and is experiencing 'mild symptoms' as he will be isolating at the White House.

AceShowbiz - Joe Biden has tested positive for COVID-19. Despite being "fully vaccinated" and having had two booster jabs, the 46th President of the United States has contracted the respiratory illness and is experiencing "mild symptoms."

"This morning, President Biden tested positive for COVID-19. He is fully vaccinated and twice boosted and experiencing very mild symptoms," White House press secretary Karine Jean-Pierre said in a statement on Thursday, July 21. "He has begun taking Paxlovid. Consistent with CDC guidelines, he will isolate at the White House and will continue to carry out all of his duties fully during that time."

It's said Biden will continue to take part in meetings via telephone and Zoom. This is the first time the 79-year-old leader has tested positive for the illness, having previously tested negative on Tuesday, July 19.

Biden first received two doses of the Pfizer/BioNTech COVID-19 vaccine before his inauguration in January 2021. He got his first booster jab in September 2021 and another dose in March 2022.

The White House COVID-19 response coordinator Dr. Ashish Jha added, "The bottom line is he is vaccinated and boosted. He is very well protected. He's got very good protocols around him to protect him from getting infected. But there is no 100% anything."

In April, Biden's vice president Kamala Harris, who is also fully vaccinated and double boosted, tested positive, and did not experience any symptoms. She wasn't in close contact with the president at the time, and she also isolating and took Paxlovid after speaking to her doctors. 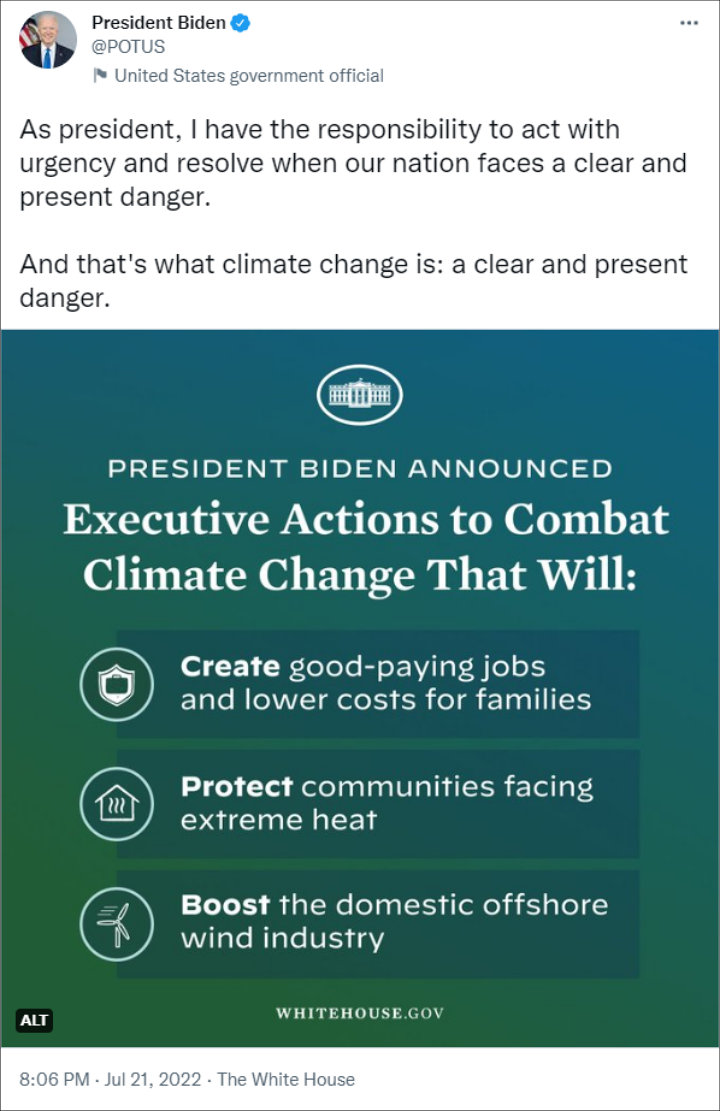