Zendaya Vows to Stay Away From Cooking After Kitchen Accident

Ending up with stitches as a result of her disastrous attempt at cooking, the 'Euphoria' star is lightheartedly deemed by her assistant Darnell Appling to be 'clumsy as hell.'

AceShowbiz - Zendaya Coleman is likely to be steering clear from the kitchen from now on. Having gone through one painful accident that required her finger to be stitched up when attempting to cook, the Rue Bennett of "Euphoria" shared with her fans that she has made a promise to herself that she will never cook again.

On Wednesday, July 13, the 25-year-old actress made use of Instagram Story to inform her followers about her kitchen accident. One of the photos she let out saw her showing off her freshly bandaged finger in front of a mirror. "Baby's first stitches lol back to never cooking again," she wrote over the blurry picture with a tag at her assistant Darnell Appling. 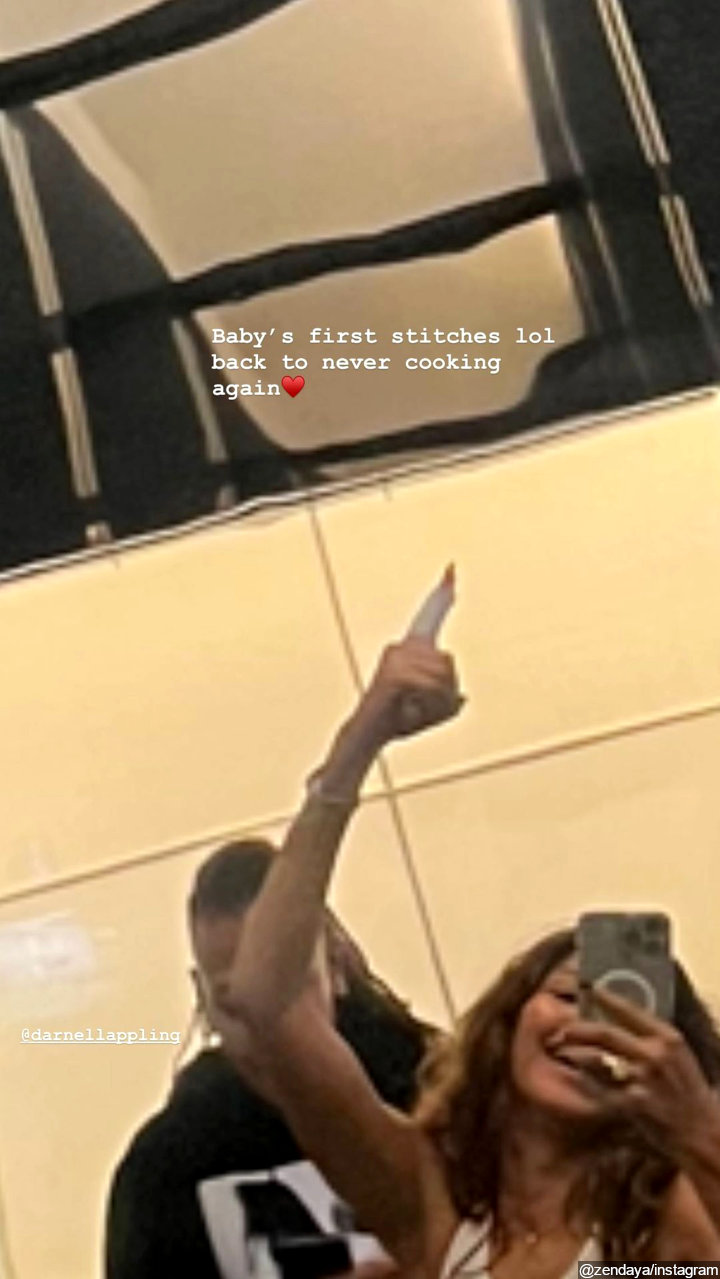 Zendaya showed off her freshly bandaged finger in front of a mirror.

Another snap displayed the "Spider-Man: No Way Home" actress' finger being stitched up by two medical professionals. A third photo, in the meantime, offered a close-up look at her forefinger being tightly wrapped in bandage with a bit of blood soaking through. She explained over the photo, "See now…this is why I don't cook." 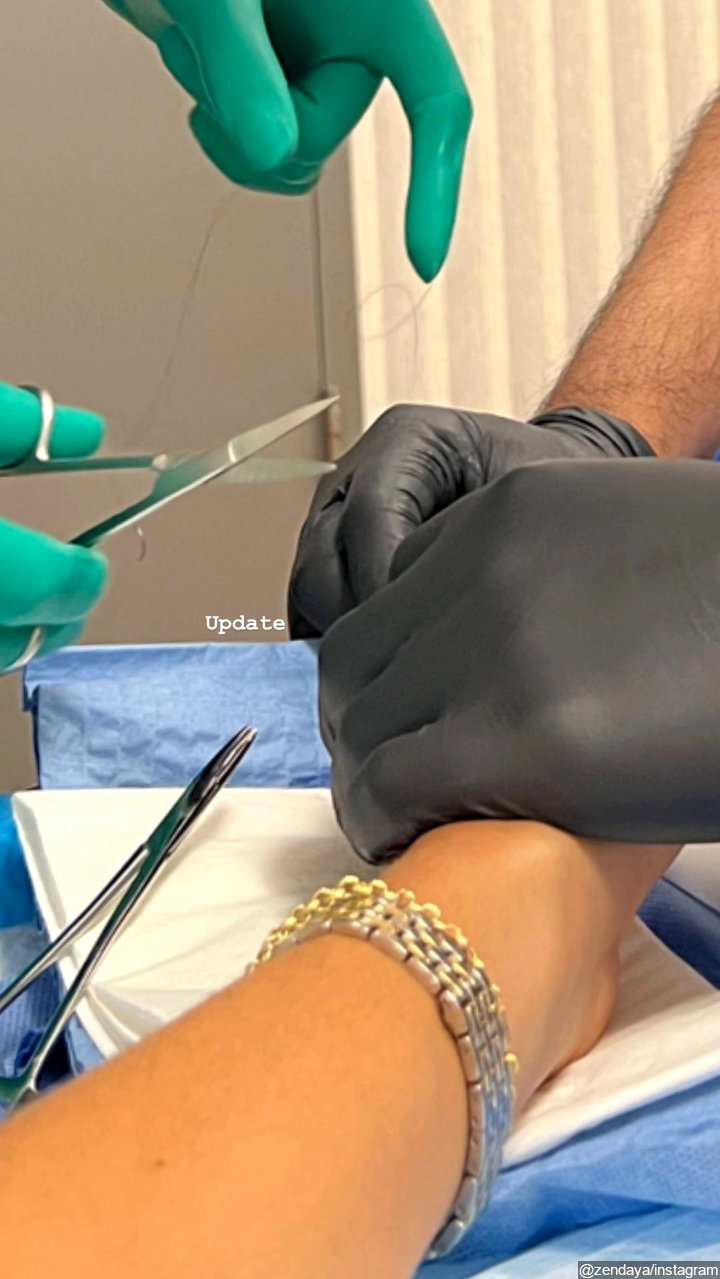 Zendaya was seen being treated by professional medics.
See also...

In response to Zendaya's Stories, her assistant Darnell let out a post on his own Instagram Story. "Never a dull moment with @zendaya no pun intended," he jokingly wrote, tagging back the "Shake It Up" alum. He added, "Dear God, help me keep this little heffa safe cause she clumsy as hell." 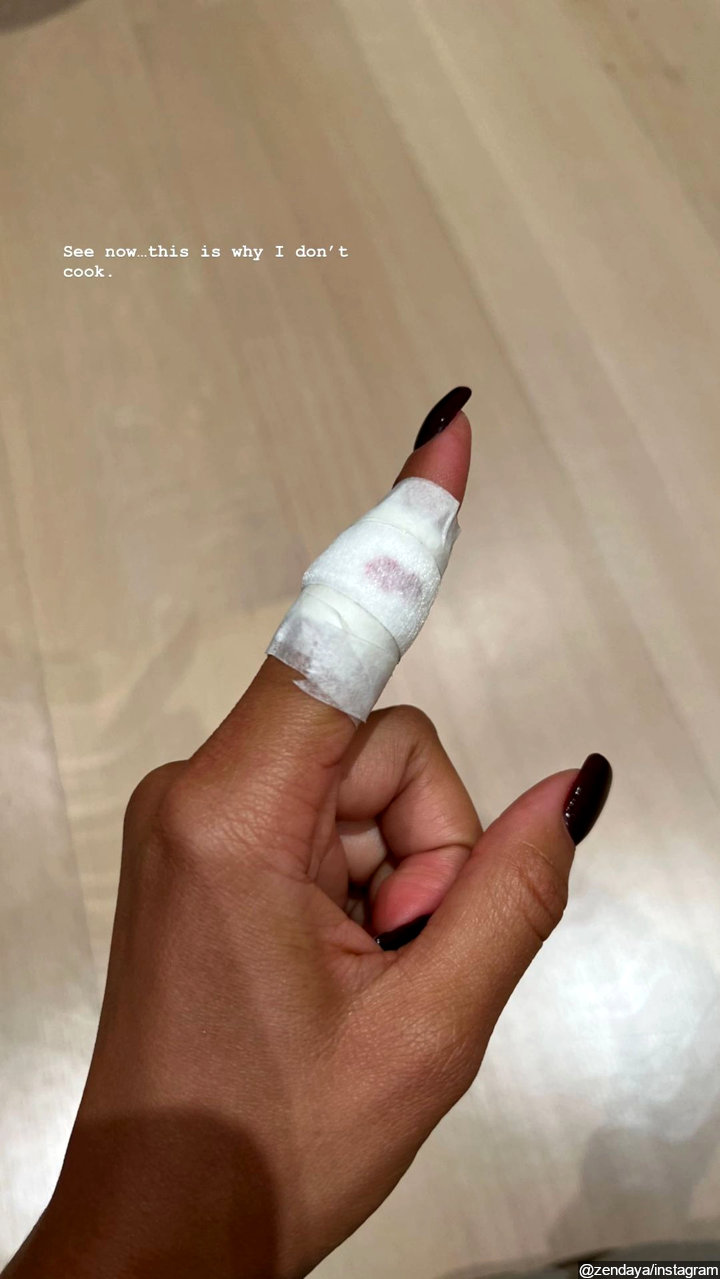 Zendaya offered a close-up look at her injured forefinger.

Though her skills in the kitchen is far from favorable, Zendaya has proven herself to be an outstanding entertainer. On Tuesday, July 12, she made Emmys history. Landing four nods at the 74th Primetime Emmy Awards, including two for "Euphoria", she became the youngest female producer to be nominated.

Celebrating her nominations, Zendaya shared a long appreciative post on Instagram. Along with a photo of her posing with a camera, she wrote, "Making this show with this cast and crew of the most incredibly talented people that I get the privilege of learning from everyday has been a highlight of my life."

The "Spider-Man: Homecoming" actress continued, "I'm so proud to work beside you and CONGRATULATIONS! I don't have the words to express the love and gratitude I feel right now, all I can do is say thank you with all my heart! Thanks to everyone who connected with our show, it is an honor to share it with you."