The actor portraying monstrous Vecna in the fourth series of the Netflix show says that allowing 'this fury and resentment' to come through 'was very interesting.'

AceShowbiz - Jamie Campbell Bower has confessed that he meditated in preparation for his role in "Stranger Things". The 33-year-old actor plays the monstrous Vecna in the fourth series of the Netflix show, and he revealed he's used some unusual methods to prepare himself for the role.

The actor, who stars in the show alongside the likes of Finn Wolfhard and Millie Bobby Brown, shared, "I did a few things. I had a mood board that I started making quite early on in the process. So I always had that with me on set and where I was living, and it grew over time."

Jamie explained that he added images of characters on the show that he would be interacting with. He also turned to meditation as part of his preparations.

The London-born star told the BBC, "Meditation was also a big thing. Clearing out my own space, allowing this fury and resentment to come through, was very interesting for me." He continued, "I spent quite a bit of time kind of on my own, walking around saying the same thing over and over again, staring into the eyes of whoever was next on the mood board."

Jamie even changed his phone background to an image of a burning house as part of his preparations. The actor, who put himself through eight hours of make-up a day for the role, was determined to fully commit himself to the character, observing that he's "only here once."

Speaking about his approach to the role, he shared, "I just made sure that everything I was ingesting was of relevance." He added, "I threw myself into it, if you don't commit yourself 100 percent to something, your chance of success, feeling fulfilled and a sense of achievement, is significantly reduced. I'm only here once, so why not?" 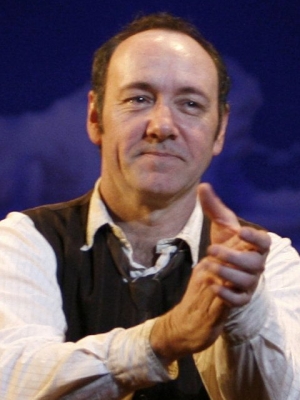