The 'Sex and the City' actress asks her fans to 'applaud someone else's courage on something' after months of conversation about her being brave to reveal her undyed locks.

AceShowbiz - Sarah Jessica Parker is begging fans to stop viewing her as brave for revealing her grey hair. The "Sex and the City" actress made headlines about her silver mane when photos of her dining with a friend with undyed locks were released in the summer of 2021.

"It became months and months of conversation about how brave I am for having grey hair," the 57-year-old actress told Allure. "I was like, 'Please, please applaud someone else's courage on something!' "

The mother of three, who has 19-year-old son James and 13-year-old twin daughters Marion and Tabitha with actor husband Matthew Broderick, is spokeswoman for beauty range RoC's #LookForwardProject, which aims to get women to experience "joy about living" as they age.

Parker told InStyle and Allure she is convinced females' stress over growing older stems from misogyny. She added, "I think the anxiety is legitimate and well-placed because there is such a huge amount of focus and attention on women and ageing."

The "And Just Like That..." star pointed out presenter Andy Cohen, 54, didn't hit headlines for sporting grey hair in images of the pair sitting together. She said he "has a full head of beautiful grey hair... but no one mentioned him, sitting right next to me." She insisted, "I'm not angry, it's just an observation."

Parker added she has a growing list of things that have improved with her age, adding, "We spend so much time talking about the accumulation of time spent adding up in wrinkles, and it's the weirdest thing that we don't say it adds up to being better at your job, better as a friend, better as a daughter, better as a partner, better as a caregiver, better as a sister."

"I meet women all the time and I'm like, 'You are beautiful.' I could stare at them a million years," she went on sharing. "But I guarantee it has nothing to do with whether they're 18 or 78." 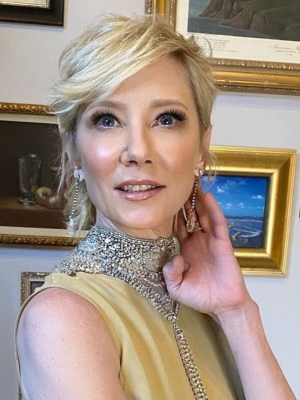