The 'All Summer Long' crooner notes that while he isn't sorry for what he said to the two TV personalities, he regrets the moment he mistook Kathy Griffin for former TV host Kathie Lee Gifford.

AceShowbiz - Kid Rock remained defiant over his 2019 drunken rant against Oprah Winfrey and Joy Behar. Despite receiving backlash over the alcohol-fueled incident, the "All Summer Long" singer refused to apologize to the two.

"A drunk man's words are a sober man's thoughts," the 51-year-old musician told Fox host Tucker Carlson during an interview for "Life of a Rockstar: Kid Rock". He added, "I own what I said."

Insisting that he isn't sorry about it, Rock stressed, "I don't apologize to anybody." He further emphasized, "I'm not an Oprah Winfrey fan. I got drunk and f**kin' next thing, I'm on stage [saying] f**k Oprah…."

"When it comes back on TMZ or whatever a few weeks later I'm like 'oh man, I like Kathie Lee Gifford.' We've been kind of friendly throughout the years," the ex-husband of Pamela Anderson went on explaining. "Now I feel a little bad."

Rock sounded off his hatred toward Oprah and Behar when performing at the Big A** Honky Tonk Rock N' Roll Steakhouse in Nashville, Tennessee. A video posted by TMZ showed him shouting "f**k Oprah Winfrey and f**k Joy Behar" while he is seen intoxicated. After the crowd accused him of being a "racist," he insisted, "I'm not a bad guy, I'm just an honest guy."

Rock has since sparked backlash. However, it was not until days later he decided to respond to the criticism. "All this BS (bulls**t) going on has just got my blood pumpin' and is only more songwriting fuel for a new record and tour in 2021," he wrote on Twitter. "I am beholden to no one, no corporate sponsors, no label and I am gonna go the f**k off!"

"You haters better be shaking in your boots," he added in another post. "To my supporters and fans, I will not let you down. I guarantee it will be my best record and tour ever. Devil Without a Cause... Kid Rock." 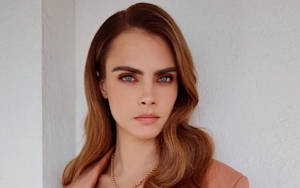