The Atlanta-based rapper's death is confirmed by his label Def Jam and mourned by his ex Alexis Skyy as well as fellow hip-hop stars namely Bow Wow, Mike Will Made-It and T.I.

AceShowbiz - The Atlanta hip-hop community is losing another of its own. Trouble, best known for hits like "Ain't My Fault", "Ready" and "Kesha Dem", has died in a gun violence. He was shot and killed on early Sunday morning, June 5.

The 34-year-old, whose real name is Mariel Semonte Orr, was found with a gunshot wound at the Lake St. James Apartments in Conyers at 3:20 A.M. Sunday, according to the Rockdale County sheriff's office. He was reportedly shot in a car and was taken to a local hospital, but later died from his injuries.

No arrests have been made, but the authorities have identified 33-year-old Jamichael Jones of Atlanta as a suspect in connection to the murder. Police have secured warrant for the alleged gunman.

In a press release on Sunday night, the Rockdale County Sheriff spokeswoman Jedidia Canty said the shooting was an isolated incident and appears to be domestic. She added that Trouble and Jamichael knew the same woman that they were visiting at the apartment complex.

Def Jam confirmed the sad news on Instagram. "Our thoughts and prayers are with the children, loved ones, and fans of Trouble," the label wrote on Sunday. "A true voice for his city and an inspiration to the community he proudly represented. RIP Scoob."

Trouble's passing was also mourned by his ex Alexis Skyy, who posted along with a throwback photo on Twitter, "Rip @TroubleDTE. I'm so sorry this happen to you Skoob you didn't deserve this I'm praying for your kids and family." She also reposted his tweet in which he reminded that "Life short." 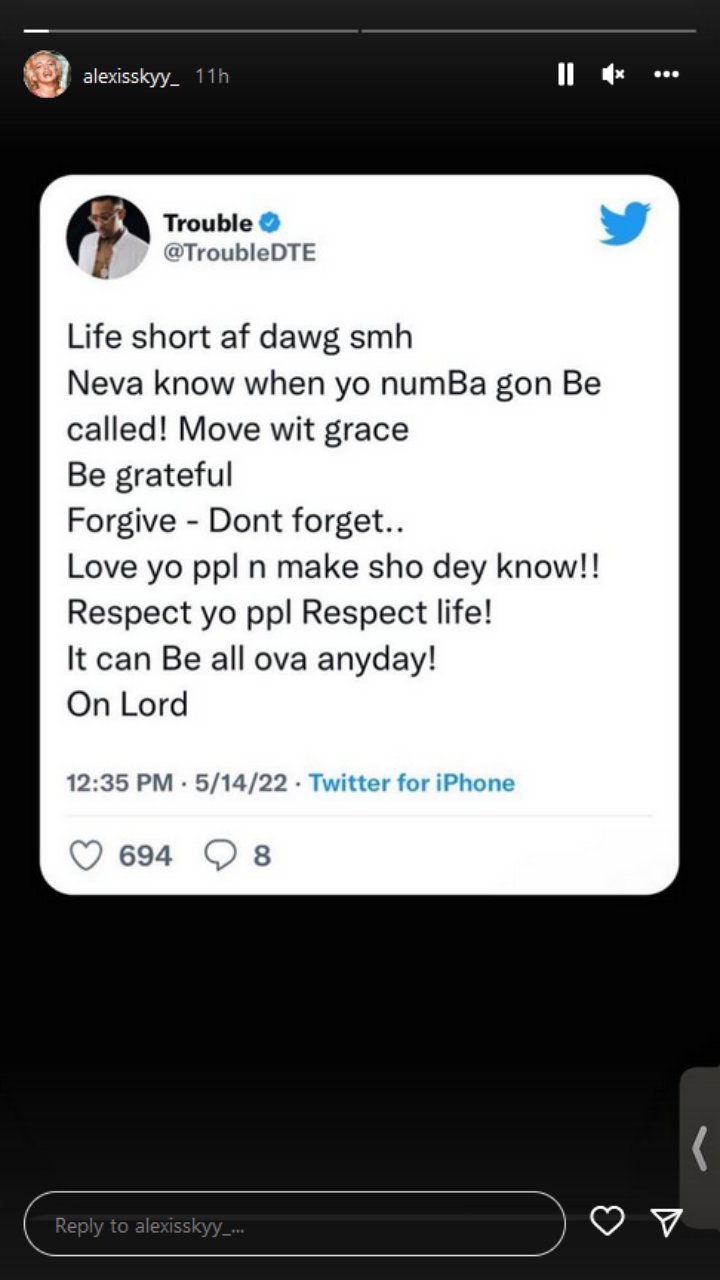 Bow Wow wrote on his Instagram Story, "Trouble was my dawg!" He remembered his friend, "Pulled up anywhere I was at, didn't care if it was last minute, he was there. I can't believe this... What is going on, man! My condolences to his family. Bro had kids man!" 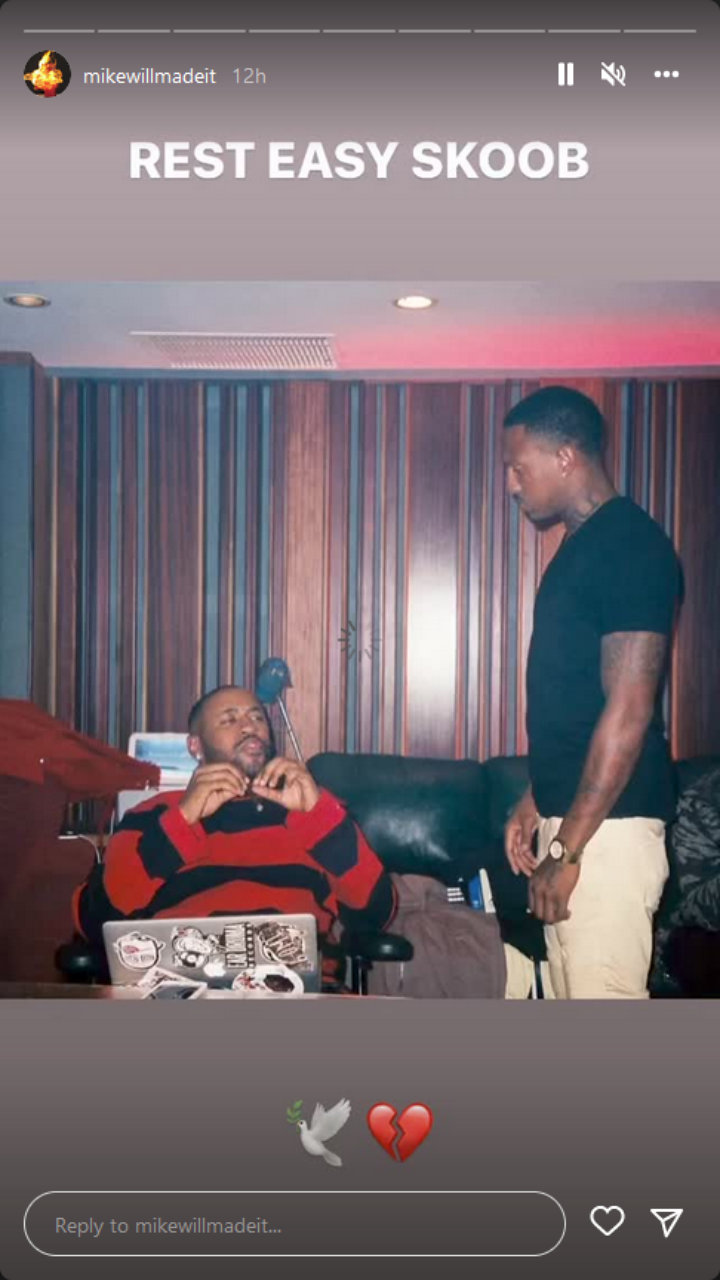 Mike WiLL Made It mourned Trouble's death.

"Rest Easy Skoob," Mike WiLL Made It posted on his own Story. Trouble's frequent collaborator Young Scooter also mourned his passing, "[Damn] Skoob, rest up my boy." T.I. and Gucci Mane simply wrote, "R.I.P. Trouble," while Meek Mill tweeted, "And I woke up to rip trouble…. Everybody texting be careful! Smh rip fam!!!!"

Trouble Lashes Out at Critics of His Romance With Lawyer GF: I Don't Mix Business With Personal