The 52-year-old 'I'll Be Missing You' rapper reveals that he is also 'executive producing' the annual award-giving event, which will take place on Sunday, May 15.

AceShowbiz - Sean "P. Diddy" Combs is beyond excited about his upcoming gig. Revealing that he has been tapped to host the 2022 Billboard Music Awards, the "I'll Be Missing You" rapper bragged about being "the ringmaster."

The 52-year-old emcee broke the news through an Instagram video that he shared on Friday, April 22. "BIG ANNOUNCEMENT, BIG ANNOUNCEMENT!!! I am Executive Producing and Hosting the 2022 Billboard Music Awards!" he penned alongside the clip.

"Everybody get ready to meet me in Vegas Sun. May 15th!! Ain't no party like a Diddy party!! Let's get ready to #ACTBAD!!! @nbc @bbmas #bbmas," the New York City hip-hop star further noted. "LOVE."

In the footage, Diddy exclaimed, "I'm returning... That means I'm the host with the most, I'm the executive producer that calls all the shots, that means I'm the ringmaster, P.T. Barnum style." He added, "Ain't no party like a Diddy party."

The annual event will be held in Las Vegas' MGM Grand Garden Arena on Sunday, May 15. The winners will be announced live at 8 P.M. ET/5 P.M. PT on NBC.

This year's nomination list is dominated by The Weeknd, who scores a total of 17 nods, including Top Artist, Top Male Artist and Top Hot 100 Artist. Doja Cat, meanwhile, leads the female artists with 14 nominations.

Trailing behind are Justin Bieber, Kanye West and Olivia Rodrigo, who earn 13 nominations each. Drake, on the other hand, is a finalist in 11 categories, followed by Dua Lipa and Ed Sheeran, who both nab nine nods. 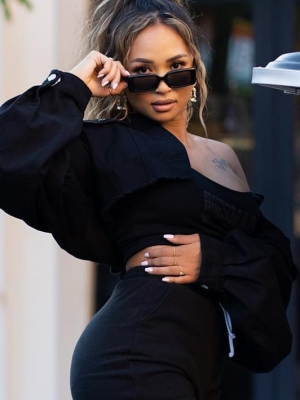