The 'A Cure for Wellness' actress, who tied the knot with the 'Indiana Jones and the Kingdom of the Crystal Skull' actor in 2016, first sparked pregnancy rumors in November 2021.

AceShowbiz - Mia Goth and Shia LaBeouf are going to be parents. More than two months after sparking pregnancy rumors, the "A Cure for Wellness" actress was caught on camera baring her baby bump during an outing in Pasadena, California.

In a picture circulating online, the English native was seen sporting a white long-sleeved T-shirt that exposed the bottom of her belly and black leggings. She finished off her outfit with black sunglasses and a pair of Birkenstocks with socks.

Mia first sparked pregnancy rumors in November 2021. At that time, she looked pregnant when she was photographed at a Chuck E. Cheese restaurant with Shia, who may actually still be her husband.

Photos obtained by TMZ saw the 28-year-old standing next to the "Honey Boy" actor as they hit the arcade games at the restaurant. The expectant dad wore what appeared to be a Hawaiian shirt with a face mask pulled down to his chin. He was busy with the game as his partner seemingly looked on.

Shia and Mia first met while filming "Nymphomaniac: Vol. II" in 2012. In 2016, they appeared to tie the knot in a Las Vegas ceremony officiated by an Elvis Presley impersonator. Two days later, a local official said that they were not legally married, but instead a commitment ceremony was performed.

The "Indiana Jones and the Kingdom of the Crystal Skull" star, however, confirmed later that month on "The Ellen DeGeneres Show" that they indeed got married. In September 2018, a representative for the actor divulged that they decided to call it quits.

"Shia and Mia have filed for divorce," the representative said at that time. "The separation is amicable and all details pertaining to the divorce proceedings will remain private."

Shia went on dating FKA Twigs from 2018 to 2019. In the following year, he sparked reconciliation with Mia after they were spotted hanging out together during the lockdown. Later that year, however, he dated Margaret Qualley until their breakup in January 2021 amid sexual battery and assault allegations by his ex FKA.

'Teen Mom': Farrah Abraham Shocks Everyone With Her Sudden Appearance on 'Family Reunion' 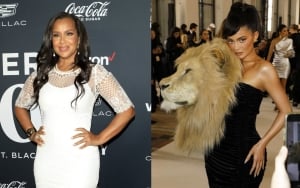 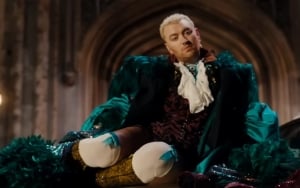