When announcing his absence from the daytime talk show, the former star of 'Atypical' says that he's 'really, really disappointed' that he's no longer able to help Wendy Williams' show amid her absence.

AceShowbiz - Michael Rapaport has tested positive for COVID-19. The "Friends" alum offered an update on his condition on social media after having to pull out himself as "The Wendy Williams Show" guest host.

After saying that he "slept like an m-effer" and joking that he got the "p***y" version of the deadly virus, Michael stressed, "Nonetheless, I feel fine." He also added that he had a "great sleep" due to his health scare.

Michael first revealed his COVID-19 diagnosis via Instagram on Tuesday. At the time, he admitted to feeling "really disappointed" that he's no longer able to help Wendy Williams' talk show amid her absence.

"I have to pull out of doing 'The Wendy Williams Show' the rest of the week because unfortunately, I got [the] damn coronavirus, which I'm disappointed about," the "Atypical" star said. "I'm really, really disappointed for many, many, many reasons. Obviously, I'm fine and I'll be all right."

Michael went on to assure fans that he's "going to be fine" and he'll "be back" guest-hosting "The Wendy Williams Show" soon enough. "If I can beat this, you can beat this, we can all beat this," he added.

Following his initial announcement, Michael hit back at criticism from anti-vaxxers who mocked him for getting COVID-19 despite being fully vaccinated against the virus. "Nobody said if you get vaccinated you won't catch corona you dumb f**k, you," he said in the video.

Michael was scheduled to host the show through Friday. Amid his absence on Wednesday, the network aired a re-run from December 2 featuring fellow guest hosts Leah Remini and Michelle Visage.

Ahead of the new year, "The Wendy Williams Show" delayed its January return as COVID-19 cases surged due to the highly-transmissible Omicron variant. "Due to the growing number of new COVID-19 cases and to ensure a safe return for our crew members and staff, 'The Wendy Williams Show' will now return with new live episodes on Monday, January 10, rather than Monday, January 3, as previously scheduled," the show announced via Instagram. 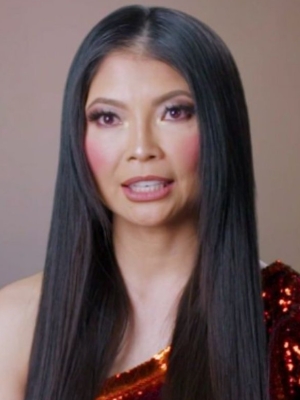