The Instagram model, who shares 2-year-old son Aeko with the 'Beautiful People' singer, is reportedly blocking everyone who comments on her Instagram posts about Chris' third baby-to-be.

AceShowbiz - Chris Brown allegedly expecting a child with Diamond Brown may not be good news to his other baby mamas. That seems to be apparent with Ammika Harris' reaction to fans who have been making comments about the singer's third baby-to-be.

Social media users have been accusing the Instagram model of being "mad" and "bitter" after she's allegedly blocking everyone who commented on her photos about Chris' allegedly baby with Diamond. "Be careful his second babymama [sic] would literally block you just for commenting," one person warned. "She mad and bitter AF," another claimed. "Ammika's so pissed," someone else added.

Neither Chris nor his alleged third baby mama has confirmed he's the father of her child. The rumor that he may be expecting a child with Diamond first surfaced in November as the model has been flaunting her pregnancy on social media.

Many assumed the baby is Chris' as the Grammy Award-winning artist was rumored to be romantically linked with Diamond. Back in 2019, the two were caught in a car together in photos taken by paparazzi.

Recently, it was reported that Diamond may have given birth to her child as Gossip of the City posted a congratulatory message to Breezy and his alleged baby mama on Instagram on Thursday, December 9. "Congrats to Breezy and his baby momma Diamond Brown on their baby," read the post.

However, the expectant mom seemed to debunk the rumor with her latest Instagram Story. On Friday, she shared a new photo of her growing baby bump, noting that she's still "35 weeks [pregnant] today." 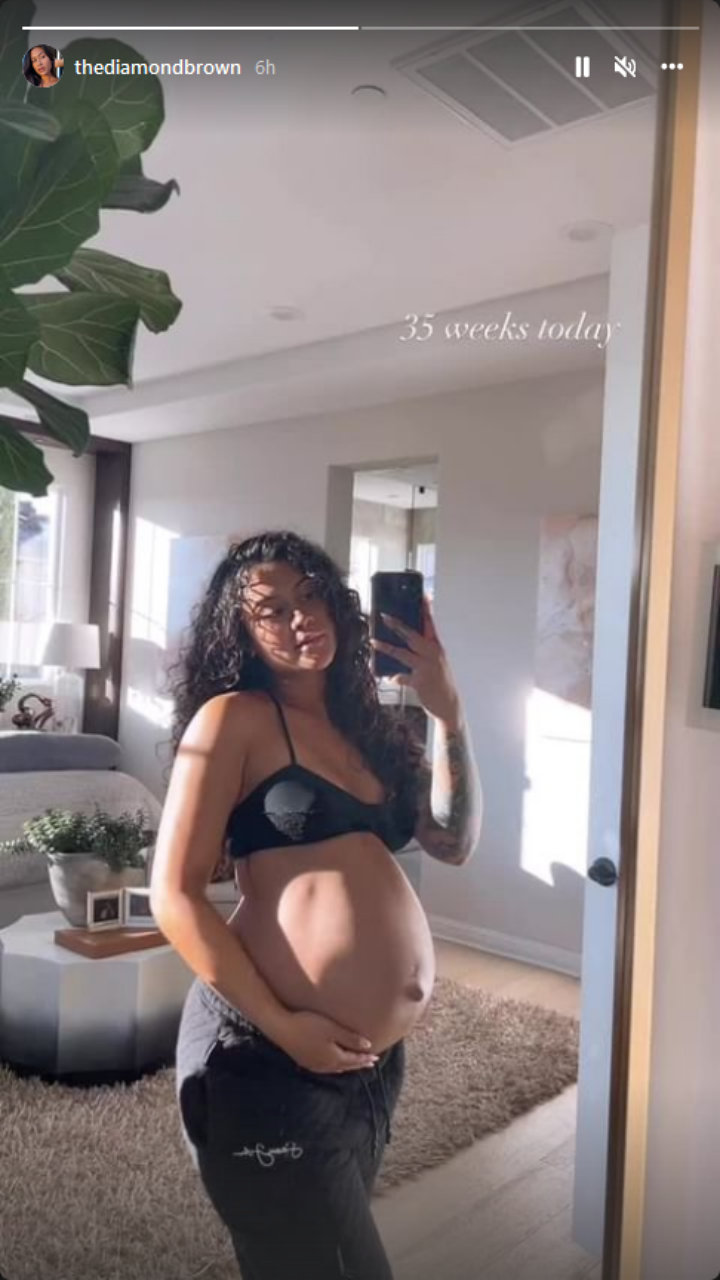 Breezy welcomed a son named Aeko with Ammika on November 20, 2019. Prior to that, he became a father for the first time after his former fling Nia Guzman gave birth to a daughter named Royalty in 2015.