During her appearance on 'The Ellen DeGeneres Show', the Duchess of Sussex also talks about how her firstborn adjusts to having a sister as saying, 'He loves being a big brother.'

AceShowbiz - Meghan Markle has given away rare details of her personal life with Prince Harry. Making a surprise appearance on "The Ellen DeGeneres Show" earlier this week, the former actress unveiled a new photo of her son Archie.

The snap, which captured the 2-year-old royal from behind, showed the tot standing in the family's chicken coop. Wearing blue jeans, a grey shirt and yellow Peppa Pig rain boots, he held a basket while looking at the hens which gathered around a miniature picnic table where they ate from. 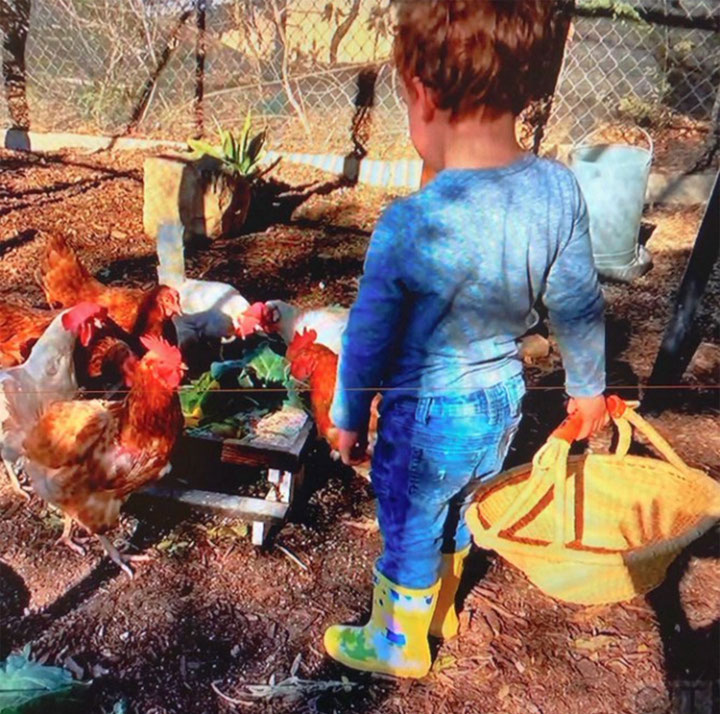 Ellen DeGeneres, who is neighbors with Meghan and Harry, gushed about Archie, "He's so sweet with the chickens, too." The talk show host added, "Archie is just such a gentle soul," to which the mother of two replied, "Aww, thank you."

During the sit-down, Meghan talked about how Archie adjusted to having a sister, 5-month-old Lili. "He loves being a big brother," she said of her firstborn.

Meanwhile, Meghan admitted that she has lost sleep now that Lili has begun teething. "She's a good sleeper, but the teeth are coming in. Any mums will understand that," she revealed. "They might be the best sleeper in the world, and the moment that that's happening, you have so much sympathy for them. So yeah, I've been up most of the night."

The Duchess of Sussex continued sharing about being a parent of two, "I think it's just, everyone tells you - well, someone told H and I, 'When you have one kid it's a hobby, and two children is parenting.' Suddenly we realized, 'Oh, right.' "

She added, "Everyone talks about what it's like for the second child, but no one talks about the adjustment for the first child when the second one comes along. So I think they have this moment of, 'Oh, this is fun. Oh, this how it is now.' "

10 Biggest Moments in Hollywood Entertainment in 2021